The Edo State Governor, Godwin Obaseki, on Friday released a list of nominees for post of commissioners in the State Executive Council.

This decision is coming close to a year after Obaseki and his deputy, Philip Shaibu, were inaugurated for a second term into office on November 12, 2020, following their victory in the September 19 governorship election under the platform of the Peoples Democratic Party (PDP).

The governor had re-appointed Osarodion Ogie as the Secretary to the State Government after his inauguration with no other appointment since then.

This led to criticism from the opposition All Progressives Congress (APC) in Edo State who accused Obaseki of presiding over the affairs of the state like a sole administrator.

“There are some policies and actions of a state that legally and constitutionally should not be undertaken without the approval of the State Executive Council.

As we speak, some of those actions are being taken solely by Godwin Obaseki as a sole administrator. He has not displayed the tendencies of a democratically elected governor,” Chris Azebanmwan, the Edo APC spokesman said.

Nonetheless, the Governor released the list on Friday with the following nominees:

I Regret Being Born And Raised In Deeper Life,” Man Who Condemed Church Remember Him?

As we all know, Africa is the center for religion in the whole world but nowadays, religion is getting as corrupt as politics because most churches and prophets find a way to extort from people all in the name of spiritual deliverance or a message from God. Some pastors/prophets acquire expensive things that even their church members cannot afford for a lifetime. 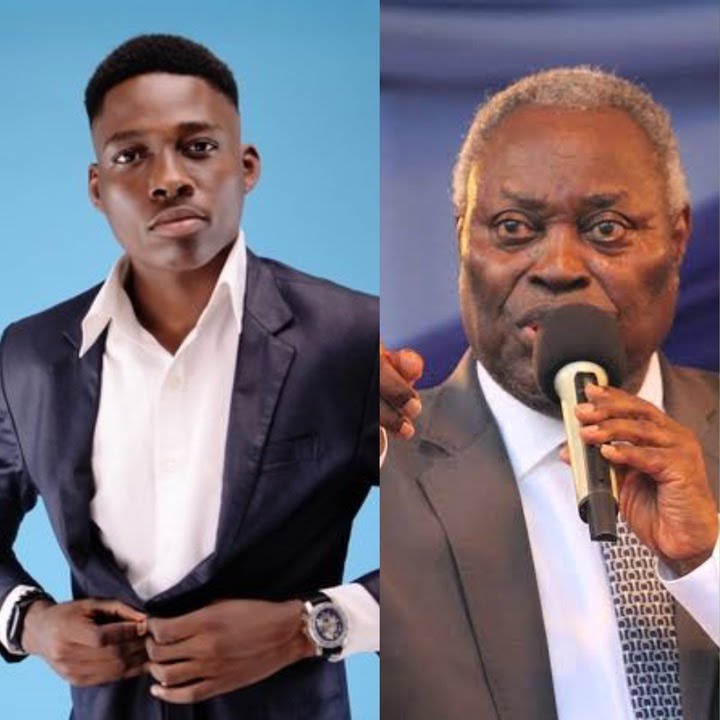 A young man shared on the internet his regrets for being brought up in one of the biggest ministries in Africa.

The man with the twitter handle @JJExclusive1 says the church disoriented some things in his life, and he forever regrets being raised in the church.

“I still regret being born and raised in deeper life, The church messed up my Emotional intelligence, communicative skill and social life.“

The Deeper Christian Life Ministry is a Pentecostal Christian denomination and one of the biggest in Nigeria and overseas. It has international headquarters, Deeper Life Bible Church Lagos, in Lagos. 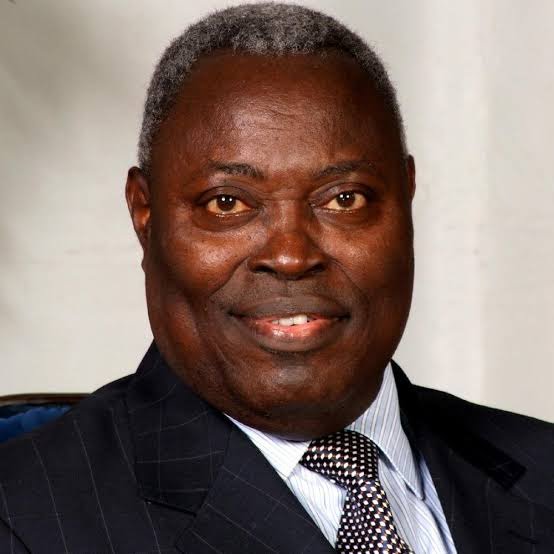 The church is overseen by William Folorunso Kumuyi (born 6 June 1941) who is the founder and General Superintendent of the Deeper Christian Life Ministry. He is also an author and has written tons of books.

If you are quite familiar with Deeper life churches, or you attend, you would notice the church is quite different from other Pentecostal churches. The church has some rules which keeps them or makes them somehow distinct from other people. An Example of this is their mode of dressing. 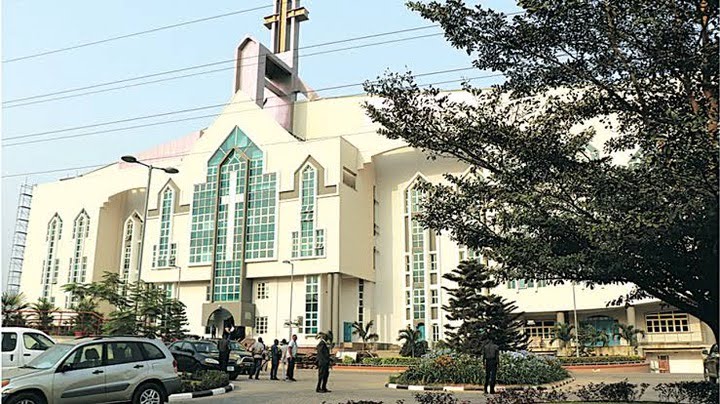 So as the young man shared his opinion about the church, he admitted that the church change his Emotional intelligence, communicative skill and social life. Of Course, people had some opinions to shared regarding how they cope with the church and other things concerning religion which I will be showing you below; 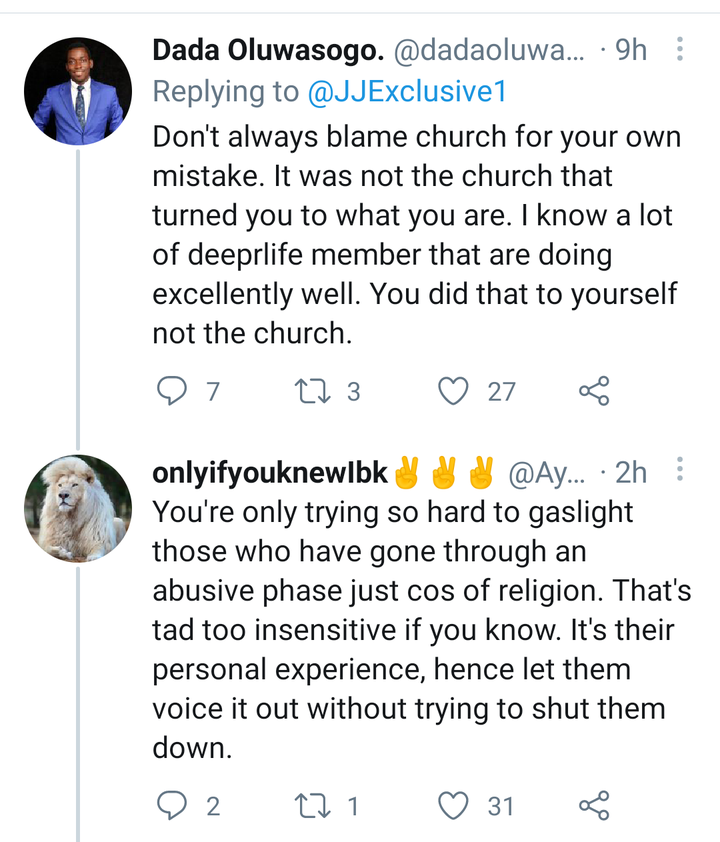 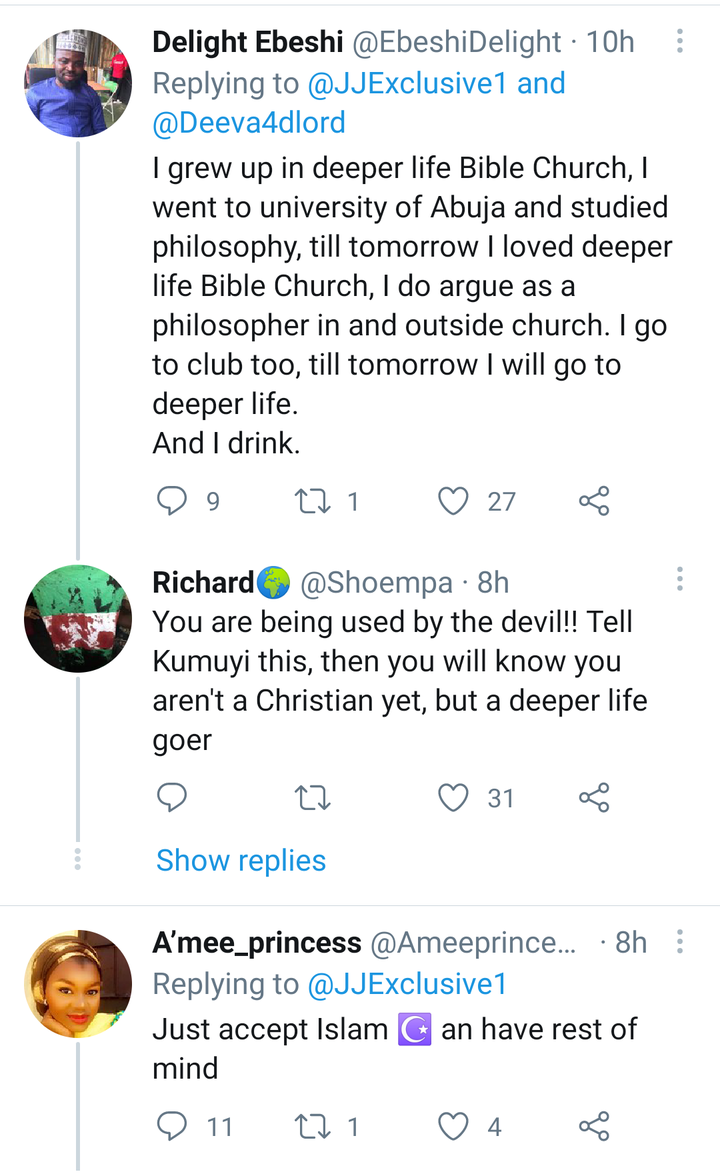 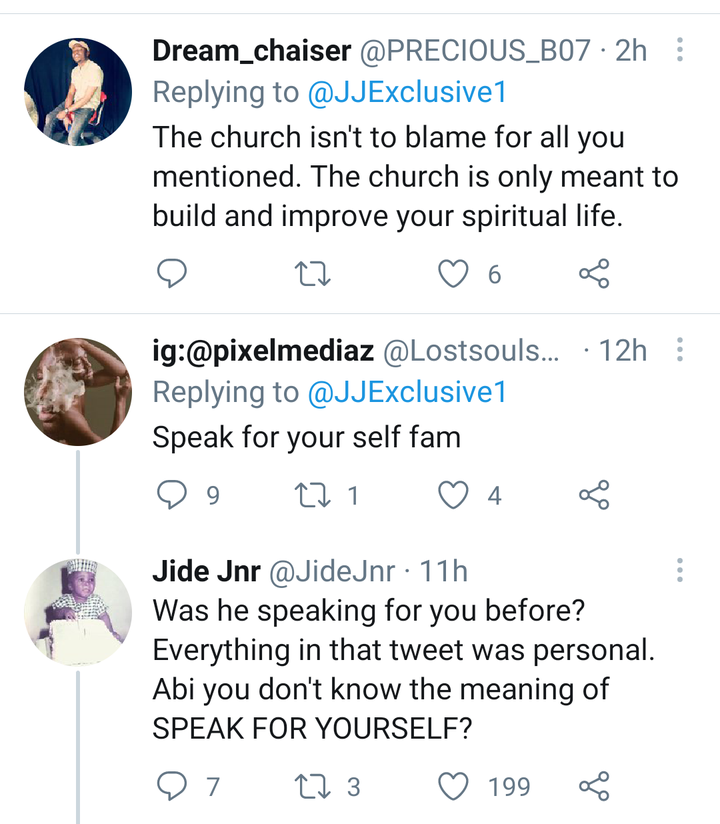 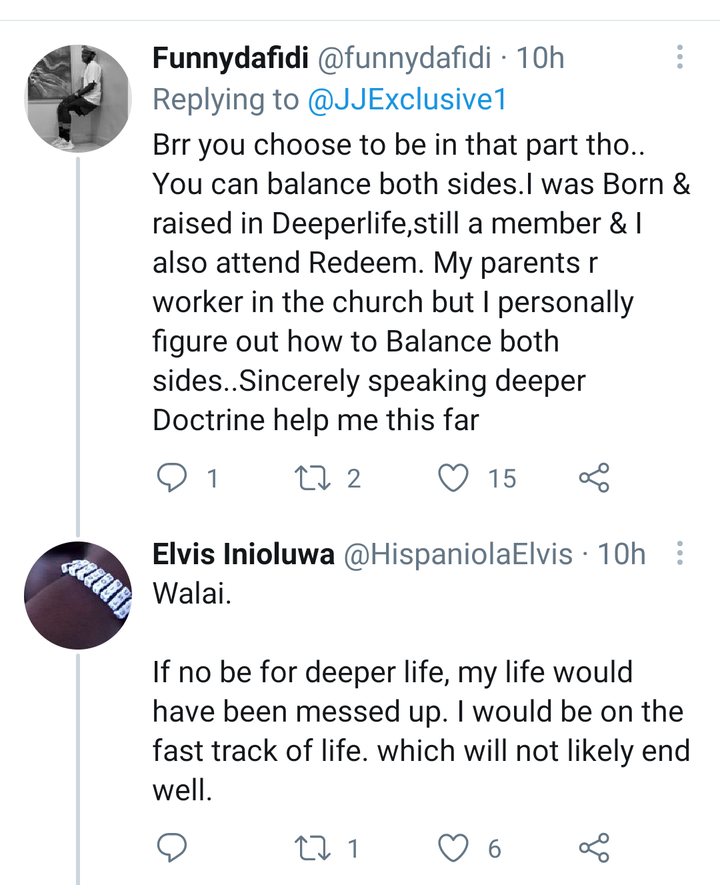 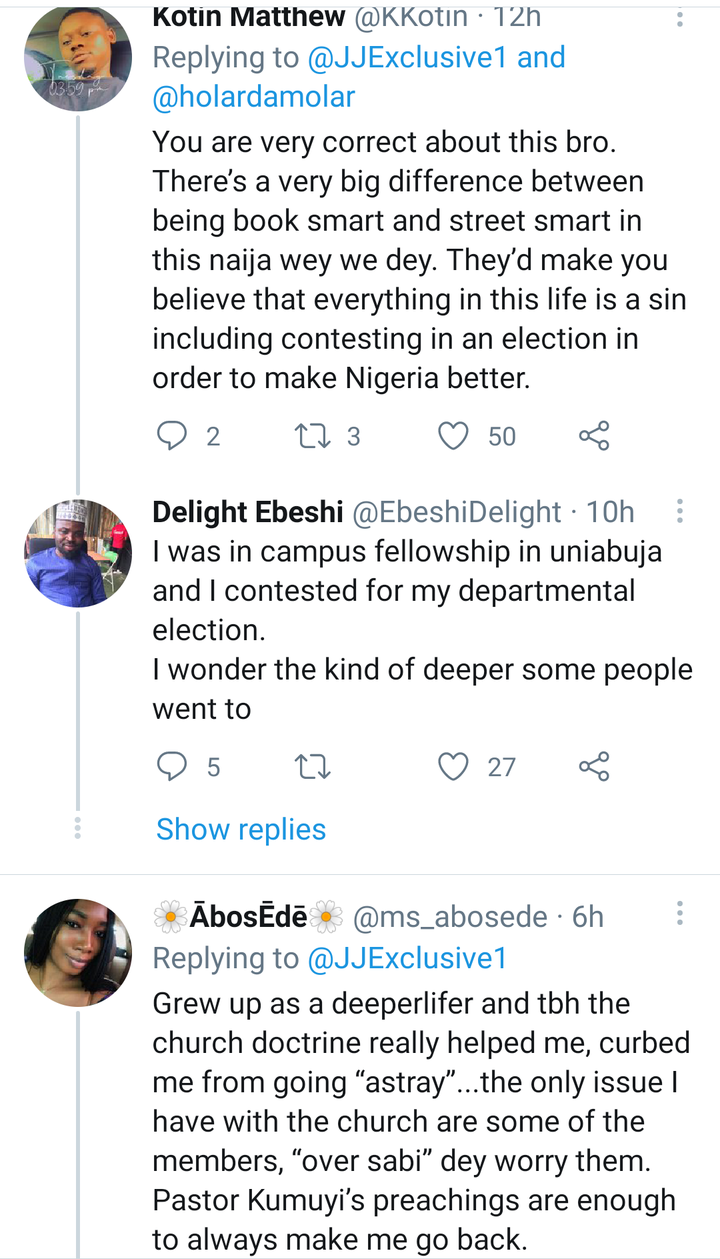 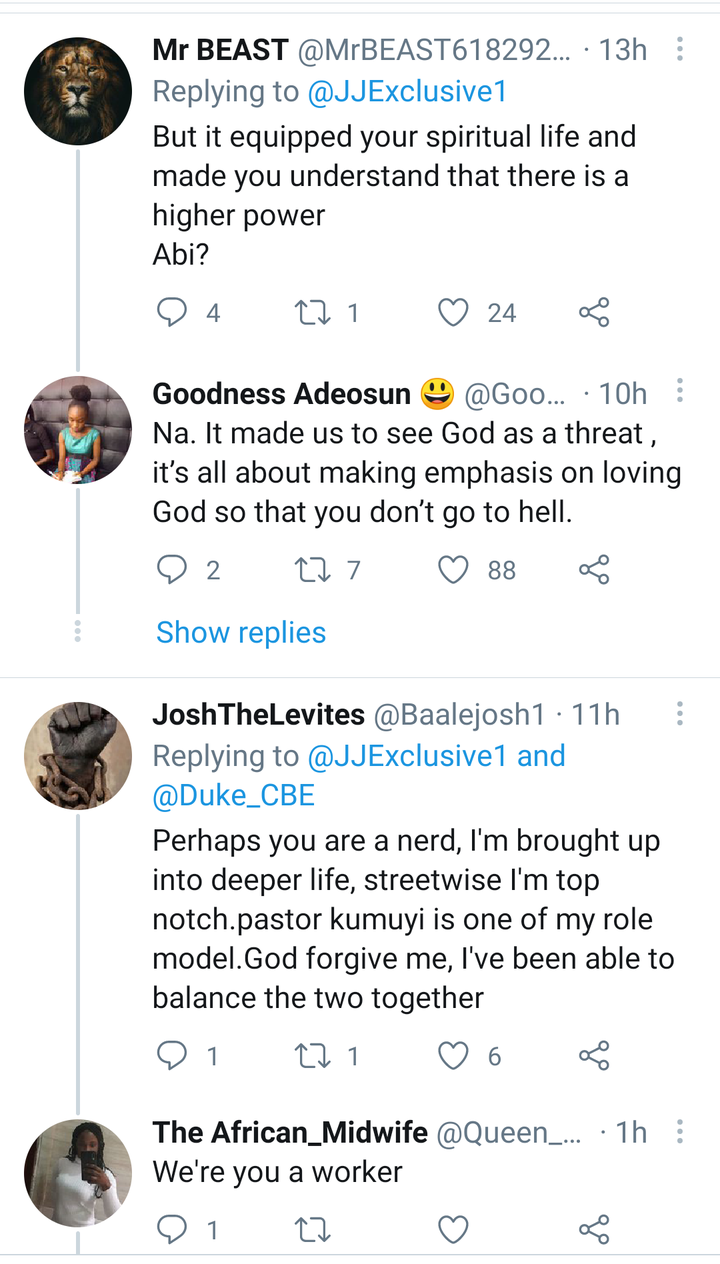 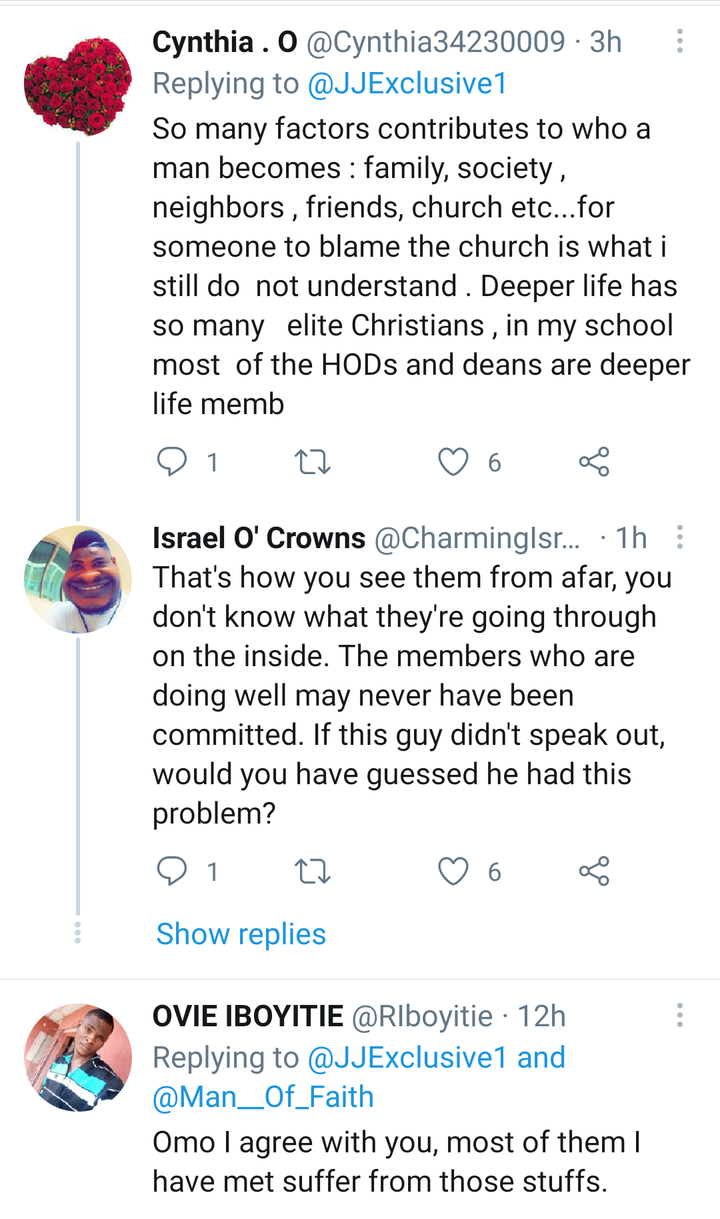 In my opinion, I believe we all need to change our mindset about religion. We tend to worship the things around us and forget to worship the creator himself. You don’t need to make yourself uncomfortable before you serve God. The best way to live your life is to live with the fear of God.

There are other factors that could affect you aside going to church which some of them are your neighbours, community, family and most of all your friends. But also some Churches today are turned into business where you pay to seek help from God neglecting your mental well-being which in my opinion is totally wrong.

Share your experiences with the Deeper life church below.

If You Are Between 16 And 23 Years Old, These 6 Things Will Happen Soon To You

Growing up as a kid has always been fun and circulated among 3 common principles. The first which is you go to school, the second which is you play and the last, which is you eat. 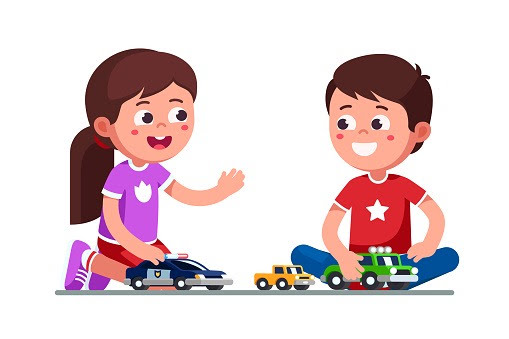 But as time goes on, you realize that these things you get freely are not happening like before. This is when you know you have started entering the teenage level and facing some responsibilities all by yourself.

When you start entering your late teens, things start feeling weird around you. Your parents at this point have started expecting your fruit (success) and they are no longer catering for you unlike before. 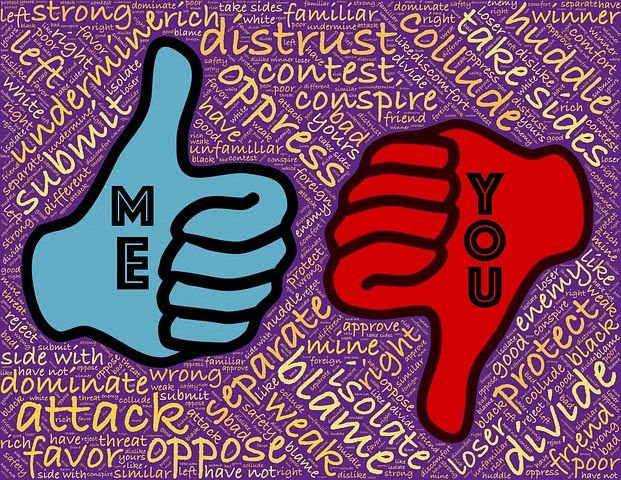 Once this start, you begin to have a lot of needs and wants and this is when you start catering for your needs and replacing them with your wants.

Now during this process six things are very likely to happen to you, and when they do, it all depends on how you want your future to be.

Here are Six things you would face during these ages. 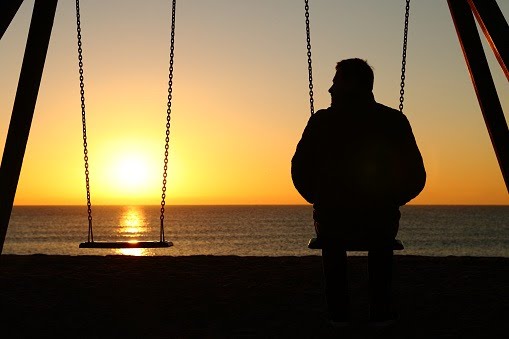 Yes, making mistakes is very normal at these stages but when you do, always try never to repeat that same mistake. 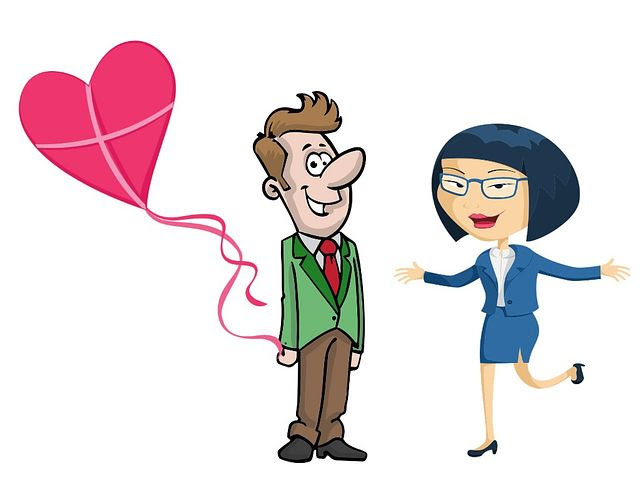 There are different ways to define this fall. But for the purpose of this article I’ll talk about love. From the age of 16, you start feeling some strange emotions over another person, and you end up being madly in love with someone who might care less about you. 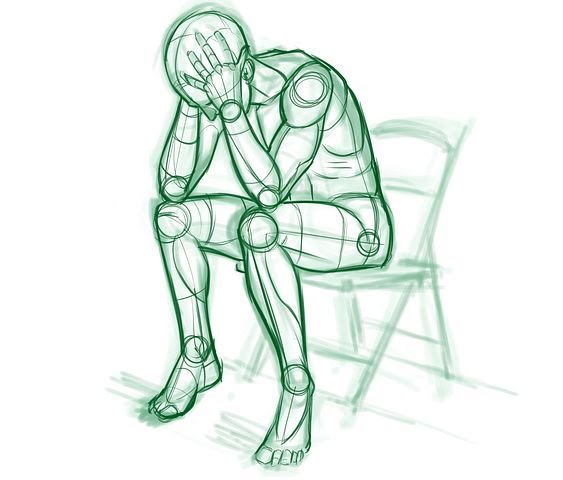 This is the stage you visualize reality. You see things and begin to ask “Why”. Furthermore, you ask questions about everything concerning life.

This is the stage where you start knowing the meaning of life and what to live for in life. You then realize that all fingers are not equal. 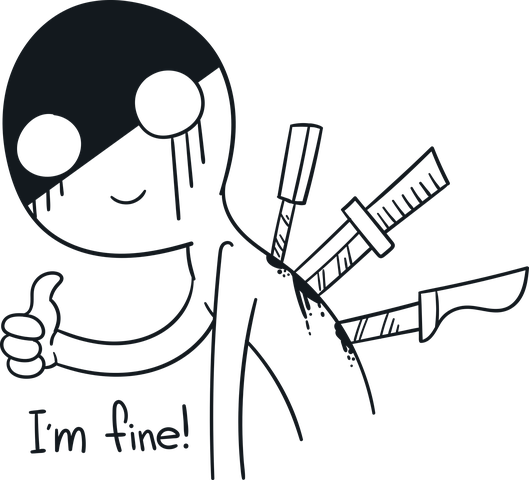 6. You Lose Yourself And Become Stronger

A few people don’t pass this stage in life. This is the point you feel depressed and tired of life. Some people at this point have had enough of what life has to offer and therefore, they commit suicide not knowing that this is the hardest stage of life. Once you can pass this stage, you feel stronger and ready to face anything that comes your way.

Life is just like a game, and you know the higher the game level, the harder it becomes. The only difference between life and a game is that there is no replay button. Live your life to the fullest. God is always with you!

I hope this article was helpful.

18 Year Old Boy Builds His Own Car, A Year After See What Happened Now

Now innovation is the order of the day. Many creative and innovative people and kids amazed us with their innovation on the internet. Not until 2 days ago, after designing an ATM machine (automated teller machine) that actually dispenses cash (money), an Igbo boy made the headlines but now a young Ghanaian boy has exploded in the media. Kelvin Odartei, an 18-year-old graduate of Cosmos International School, is building his own car. Fantastic right?

Kelvin Odartei took the car to school in a grand style to mark his school graduation as BECE students sit today, 18 November 2020, for their final exam.

After tests, the young engineer can be seen in his car with his classmates, and it was just remarkable how his fellow students admire Kelvin Odartei ‘s unique endeavors.

Kelvin Odartei was seen driving the vehicle within and without the school grounds in the video. And that is no toy car as when the car sounded like that of the engine of an actual car and has features of a real car. The body including its car is that of a Ferrari / Bugatti as he was a young engineer who used equipment and resources at his disposal to build such things.

Kelvin Odartei and other young talented individuals need to be recognised in society and I want the government to encourage such innovative people to improve the country.

More images below from the car,