Skip to content
Amazon Rainforest is the largest jungle in the world which covers an area of about 2.12 million square miles. Within the depths of the jungle, there are a number of deadly animals, breathing day and night to find their prey.

An interesting fact about the Amazon Jungle is that every 3 days, a new species is found here. Therefore, you can imagine the diversity inside the jungle.

The jungle is filled with exceptional plants and different kinds of species. Nature has made them beautiful and mesmerizing. But, not all are the same! Not every animal’s sight is worth seeing! Not all of them would welcome you happily to get their photos clicked.

So, you got to be aware of a few animals in order to ensure your own safety. Thus, if you are planning to conduct a journey towards the Amazon Jungle, then keep on reading as we alert you about the 10 animals that could prove to be a threat to your life.

Want to save your life while roaming safely in the Amazon Jungle? Then, be hooked! 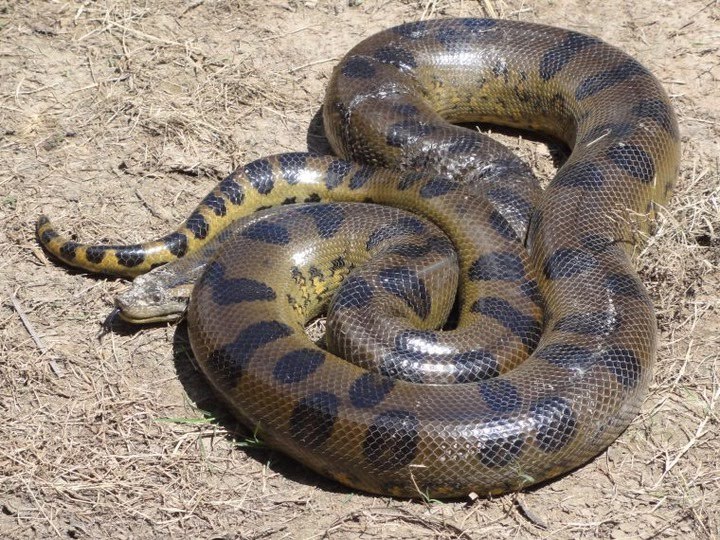 The Green Anaconda is the largest snake in the world that sleeps comfortably in the river of Amazon’s Jungle. No one can dare to come close to this animal. It weighs over 500 pounds (227 kilograms) and is over 30 feet (9 meters) long.

Due to its size, it can easily control several animals roaming around. It does not even spare humans. Also, Green Anaconda feels consolation in deep waters rather than on land. As soon as it finds its target, it spirals its body around them, dragging them into the water where they devour on their meal peacefully.

However, Green Anaconda does not feel the urge to eat every now and then. Once they have eaten properly, they would let you go, so you are safe! But, if they are hungry, then you better run for your life. 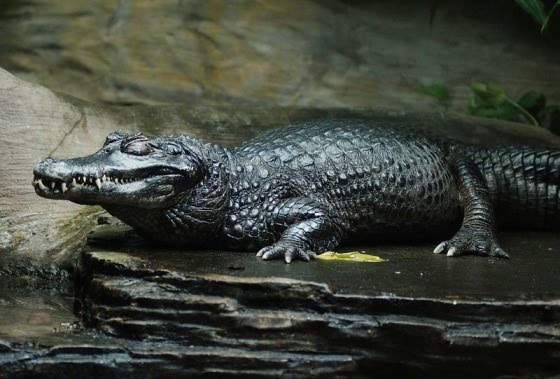 The Black Caiman is one of the largest alligators in the entire world. Plus, it is considered to be the deadliest of the killers in the Amazon Jungle. Within a few seconds, it can gobble you up. Let alone humans, it would not hesitate to gulp down animals like monkeys, dogs, goats, snakes, and others.

They grab their victim mercilessly and tear them apart through their powerful jaws. If the target is too big in size, they wait a bit for their body to rot. This is how they cut the body into small pieces. Then, they finish their meals happily.

You need to be extremely careful and remain at a good distance in order to avoid becoming a target of the deadly Black Caiman. In the past, several attacks on humans have been registered. 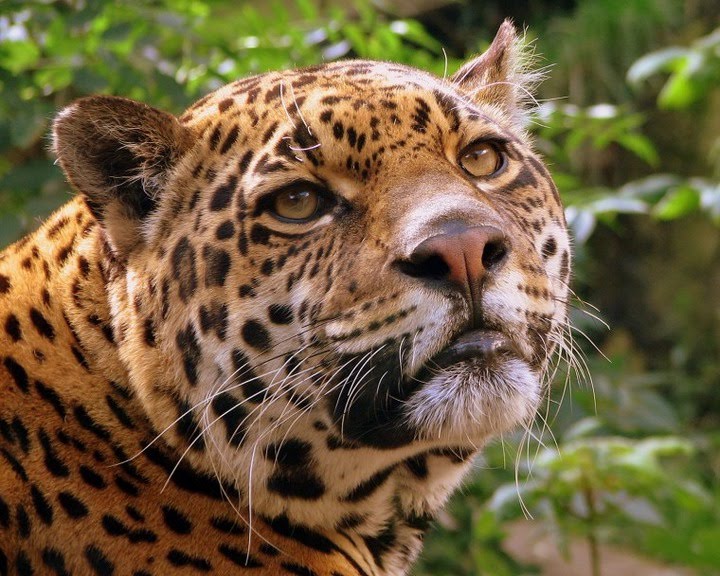 Jaguar is a kind of cat which is the third-largest in the world. It is excessively found in the Amazon Jungles. Though, they rarely attack humans. But, they are constantly targeting other poor animals such as deer, sloths, monkeys, dogs or goats.

They are known to make an abrupt attack on their prey, without sparing them even a few minutes to run away. They are extremely alert when it comes to attacking. Typically, they assault during the dawn and dusk times.

The sharp teeth of jaguars are so powerful that they are able to prick through the thick skin of their prey. They are known to cut up the thick armor of the animals like a turtle. Plus, their jaws are so strong that they easily perturb the neck of their targets with no difficulty at all. 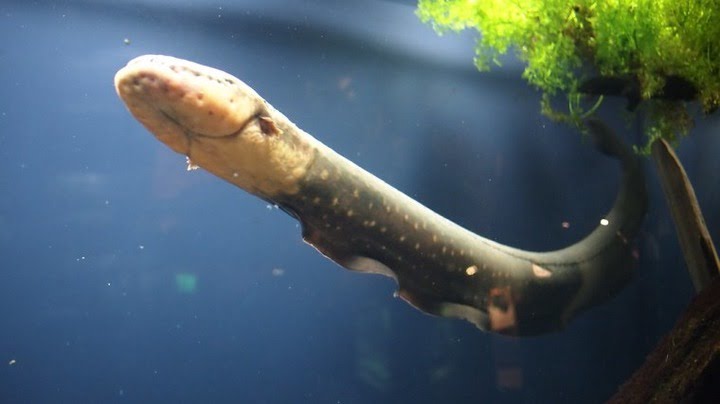 Right from the name, you can feel the current flowing in the body of this deadly animal. It is able to generate more than 5 times of the current, a socket is known to produce. It lurks its prey meanwhile discharges a lot of current from its body in order to intimidate the target.

It keeps on discharging the current until it is run-down and eventually, swallows the prey. However, there have been a few cases of human deaths due to electric eel’s shock. Nonetheless, constant shocks could definitely take your life or make you paralyzed. 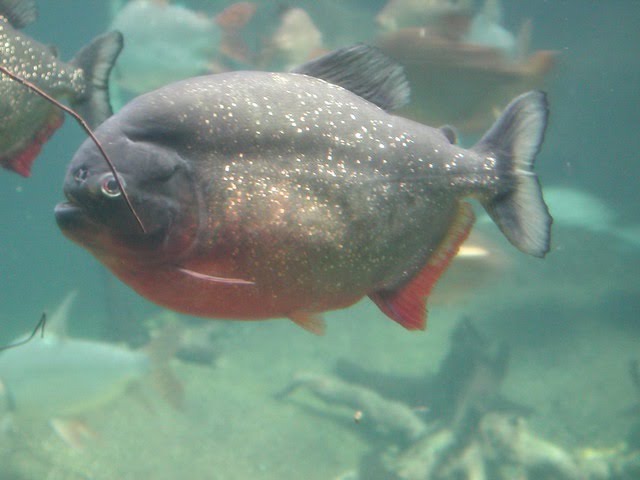 The name of the creature might fascinate you. But, you need not be! The victims that come across it, would be separated by their flesh in a most gruesome manner. However, the Red-Bellied Piranha is known to devour upon dead animals. They are the most dreaded species of the entire Amazon Rainforest.

They extremely rarely attack humans. But, when they do, they make sure it is fatal. Also, the main reason of Red-Bellied Piranha attacking humans is the dry season when no proper diet is available to them.

So, they gobble on whatever they get. At the end of the day, they also need to fulfill their hunger pangs!

Do not get deviated by the appealing and colorful looks of this creature known as Poison Dart Frog! It has the potential to kill you if you touch it. The animal is capable of emitting a deadly poison through the way of its skin that can prove to be killer.

If anyone absorbs the poison in a large quantity, emitted through it, they are likely to die through heart failure. Also, Golden Poison Dart Frog is one of its types that possess a huge amount of poison which is capable of killing up to 20 humans or 10,000 mice. 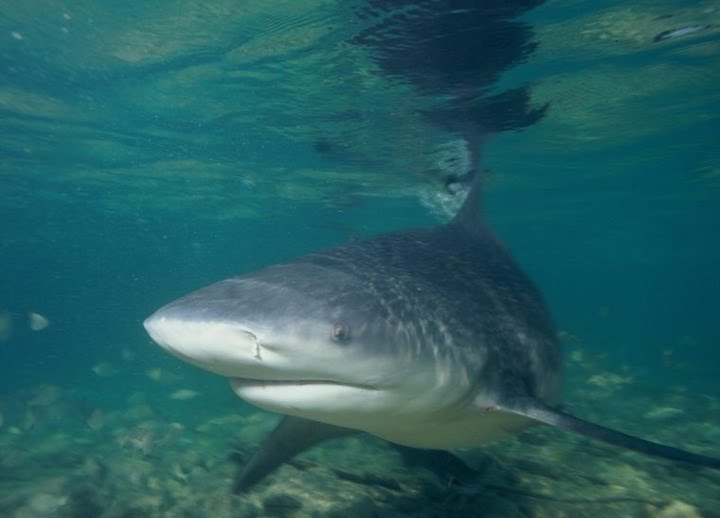 Sharks are usually considered to be extremely dangerous and you might prefer to stay away from them. Nonetheless, not all sharks tend to eat humans. Only a few do and the Bull Shark is one of them.

It can sustain in both kinds of water such as saltwater or freshwater. Nevertheless, the Bull Shark prefers to stay in misty waters while eating up their target. Thus, they are found lurking in the Amazon Jungle’s River. They mostly diet upon the fish, dolphins, other small mammals or even the birds, if they catch up on some! 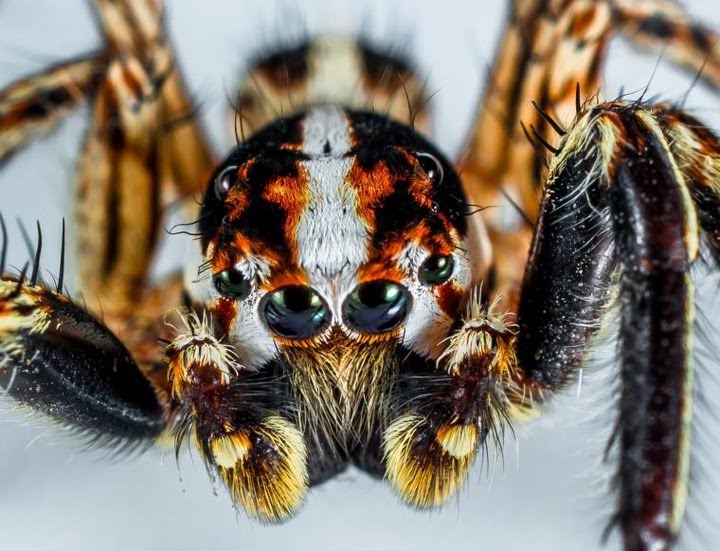 You would not become a spider-man if bitten by this spider, but most probably you would say goodbye to the world. The Greek name for Brazilian Wandering Spider is ‘Phoneutria’ which means a murderer. It is the most deadly spider in the whole world.

They are considered nocturnal animals because they hunt for their prey during the night time. In the day time, they hide in the nooks and corners of the trees and logs. They even hide in houses. So, they attack humans which could prove to fatal.

With the nature of stripes on the body of South American Rattlesnake, they can easily be camouflaged which makes them totally concealed. Thus, you cannot spot them so easily. Nonetheless, they would only come after you, if you invite them.

If you incite them, then be ready to pay the price for it. As they notice any trigger, they produce a hissing sound and attack if they are constantly being disturbed. Their bite possesses neurotoxin which could paralyze you, you might come across visionary problems. Plus, delay in medical attention could lead to death. 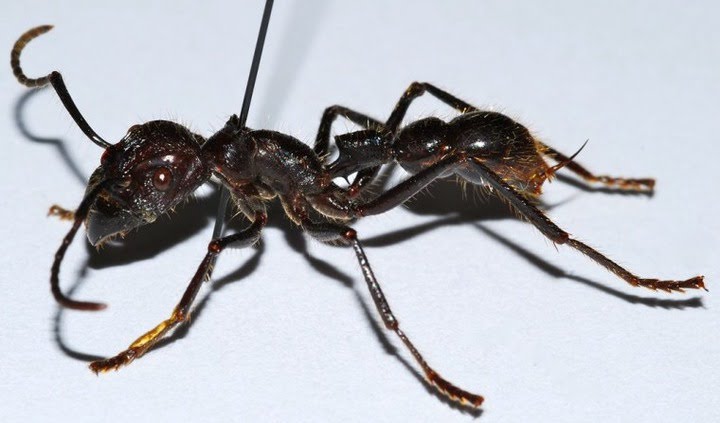 It is known that the sting coming from the Bullet Ant is the most painful among the stings of the ants, present in the entire world. The venomous sting from the ant feels like a bullet shot. Thus, you can infer the reason behind the name of this ant.

They are mostly found at the bases of the trees, hiding themselves to find the right prey. Also, ants are the largest in the world. Scientists have suggested that the Bullet Ant’s sting is 30 times more anguished than a honeybee’s sting.

But, Bullet Ant only fights back when they are instigated. So, they repeatedly sting their prey if they are disturbed constantly. Their venom possesses a paralyzing neurotoxin called ‘poneratoxin’ which can produce extreme pain, swelling, and burning. Plus, the pain is known to last for about 24 hours.

Coming towards the end, now you know the list of animals to stay away from if you are planning to voyage towards Amazon Jungle. The rich and deep jungle has got a lot of good things to offer to you. But, at the same time, you need to be extremely aware and on your toes avoid any possible interaction with the above-mentioned animals.

If the content contained herein violates any of your rights, including those of