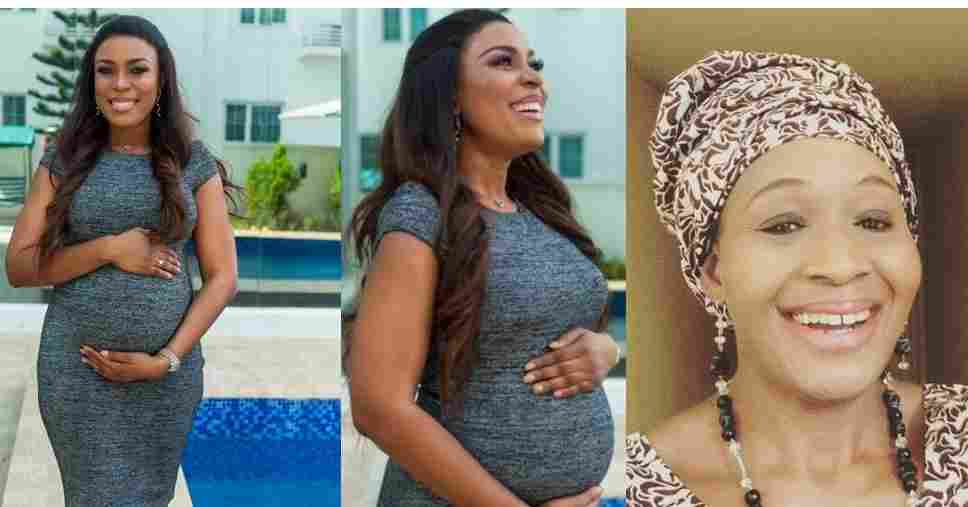 The year 2018 was filled with a lot of drama from celebrities from Linda Ikeji banter with Stella Dimoko Korkus to Kemi Olulonyo dragging Davido on social media every now and then.  The one that surprised Nigerians was Kizz Daniel refusing to work with a colleague, Reekado Banks and requesting iTunes to take down the song they did with Harrysongs with claims that it was released without his consent 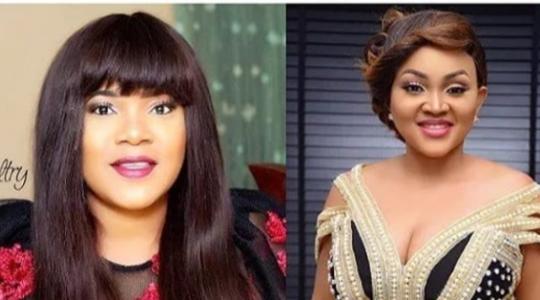 Actress, Toyin Abraham set social media ablaze when she stormed her colleague, Mercy Aigbe’s Instagram page to accuse the popular actress of having a hand in her failed marriage. The Alakada star called the Osas Omoge Benin actress a hypocrite among other demeaning names while Mercy remained quiet through it all.

Not long after, Toyin revealed that her post about her friend was a mere publicity stunt aimed at promoting her movie, Ghost, and the Tout which was showing in the cinema at the time. Mercy also confirmed that the alleged rift between the celebrated thespians was the handiwork of bloggers.

Meanwhile, days after her rant on social media, Toyin Abraham took to Instagram to apologize to Mercy Aigbe. The duo has since reconciled as they have been spotted at events in the company of each other. 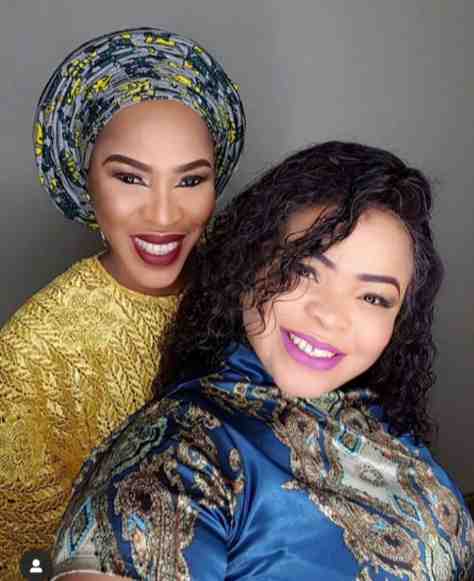 The jolly relationship between top actresses, Fathia Williams and Dayo Amusa can be said to have crumbled like a pack of badly arranged cards. The two role interpreters had a social media banter which prompted insinuations that they are not on friendly terms.

The drama started when Fathia Williams took to Instagram to post a picture that talked about friends who back-stab and laugh at each other. She captioned it,

” Friendship is beautiful but when it is not getting the right things done or moving you forward it’s time to check things out.”

Apparently Fathia’s post didn’t sit well with Dayo Amusa who was quick to react in the comments section, saying; “Practice what you preach,”. It was also gathered that Dayo Amusa was absent at the burial of Fathia’s mother which had other industry players in attendance.

The two have since reconciled as Dayo Amusan pen a heartfelt message to her friend on her birthday after the Instagram banter. 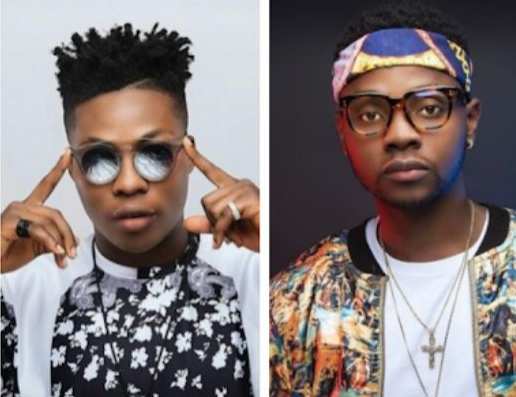 According to some reports, the genesis of their beef may have begun in 2016 when Reekado Banks won the Headies’ Next Rated award over Daniel, Korede Bello, and Lil Kesh. The 2016 award was a source of controversy between a lot of fans and artists alike including record label bosses, Olamide, and Don Jazzy. Following the controversy, Reekado Banks had boasted that he is better than the other nominees in his category. Perhaps, this did not sit well with Kizz Daniel.

It became evident when the Woju singer refused to work on a project with the former Mavin Records artiste. Alter plate boss, Harrysong had featured the two talented singers on the remix of his song, Selense, however, Kizz Daniel who had recorded his verse of the song opted out of the project when he realized that Reekado Banks was featured in it.

Kizz refused to appear in the video of the song and went as far as requesting iTunes to take down the song with claims that it was released without his consent. 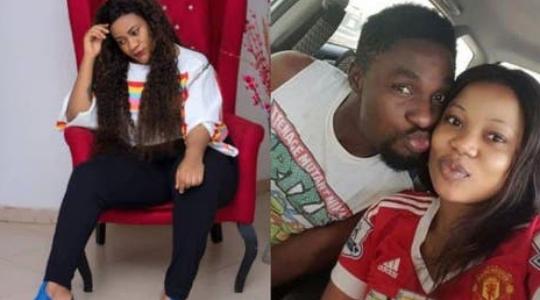 In December 2018, actress Nkechi Blessing took to Instagram to insinuate that Seyi Edun and Adeniyi Johnson’s relationship was a farce for social media. She claimed she knew secrets of Seyi’s sexcapades while in Texas and would spill them soon.

She also said that Adeniyi was abusing Seyi but she didn’t want to opt-out of the relationship because she stole him from Toyin Abraham. Knowing that the world would laugh at her, she continued with the relationship. Nkechi further revealed that Adeniyi Johnson was a one-minute man while referring to him as a macaroni.

A few weeks after Nkechi insulted the couple, Seyi Edun sent policemen to arrest Nkechi. But before the policemen arrived at her house, the actress had left the house. According to Nkechi in an interview, she didn’t run away from being arrested but left 15 minutes earlier for the airport because she had a movie to shoot outside Lagos. 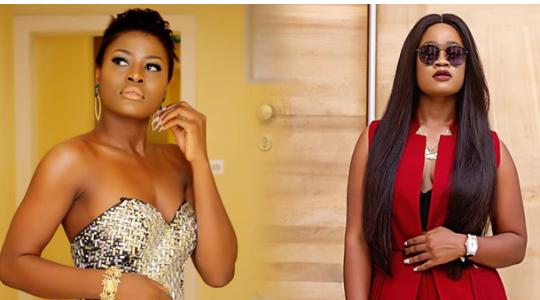 The infamous feud between former Big Brother Naija housemates, Ceec, and Alex started from the Big Brother house. When they got back into the real world, it became worse as they both didn’t give a hoot about each other.

It can be recalled that the duo were each other’s least favourite housemate while the show aired. The beef between both ladies reached a climax when a non-fan of Ceec threatened to pour acid on the first-runner up of the reality show. It was also reported that Alex’s life was under threat by some people.

The life threat against Ceec prompted other housemates to call for a truce between the warring parties. The reality stars have however decided to co-exist peacefully albeit not necessarily as friends. 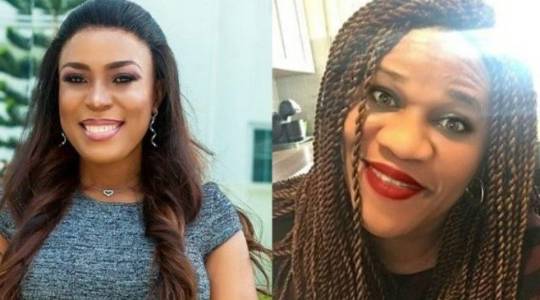 Social media became a battleground when two popular bloggers, Linda Ikeji and Stella Dimoko Korkus resorted to war against each other on Instagram. The cold war started when Stella called Linda out on Instagram for lifting an interview off her blog site without giving her credit.

“Linda the next time you want to lift an interview I did, there is something called GIVING CREDIT. The next time you try it again I will teach you that two can play. Enough already,” Stella wrote in an Instagram post.

Instead of apologising, Linda used her blog’s account to accuse Stella of lifting her own interview too without giving her credit. She went on to dare Stella to do her worse as she has no legitimate case against her. This further infuriated Stella who threatened to leak more secrets if Linda replies to her. The back and forth went on and no reconciliation recorded from the parties yet. 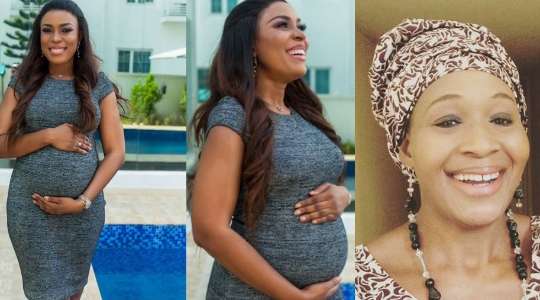 It is no longer news that there is no love lost between popular blogger, Linda Ikeji and controversial journalist, Kemi Olunloyo and 2018 was no different as they fought each other on social media on various occasions. Linda Ikeji quickly became Kemi’s target after she announced that she was pregnant.

The investigative journalist attacked the blogger of faking her pregnancy, claiming that she had her son, Jayce Jereemi through surrogacy. Linda kept mute for a while but eventually threatened to sue madam KOO for peddling lies about the birth of her son.

”She wrote that I am wearing a prosthetic baby bump…lol. Like I could get away with that in Nigeria? And some folks actually believe it…lol. If I couldn’t have a child, I would proudly adopt. Proudly. I love children so much. But fortunately, God blessed me with a womb to carry my own child.

”I was just hiding the baby bump until I got to my second trimester before letting you amazing people know. I could have continued hiding it to be honest but I just couldn’t keep calm…lol. I’ve had the easiest pregnancy with no swelling and no issues and I thank God.” 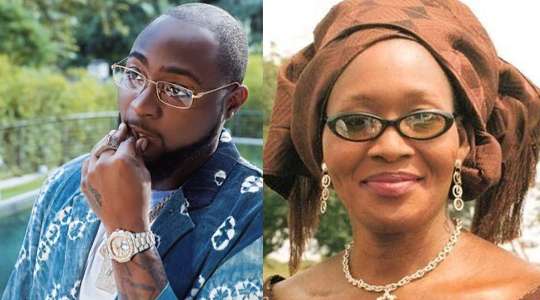 Pop sensation, Davido was not left out of Kemi Olunloyo’s drama as they both fought dirty on social media. It all started when the daughter of former governor of Oyo state taunted the singer over his alleged failed relationship with Chioma.

She also accused the DMW boss of fathering a third child with another baby mama. Davido who seemed unbothered laughed off  Kemi’s insinuations as he labelled her an old woman in need of a man. Well, a lady identified as Larissa was rumoured to be Davido’s fourth baby mama, should we say Aunty Kemi has been right all along? No official confirmation yet so all fingers are crossed for now.

Kemi, however, prayed for Davido and fiancee, Chioma recently saying she forgives him

“God Bless Davido and Chioma. May your relationship be SEALED with a wedding soon. May your marriage be blessed…so help you, God! Chioma my lover will change to Chioma my wifey. God bless all the kids.” Kemi posted.

Bovi and I Go Dye 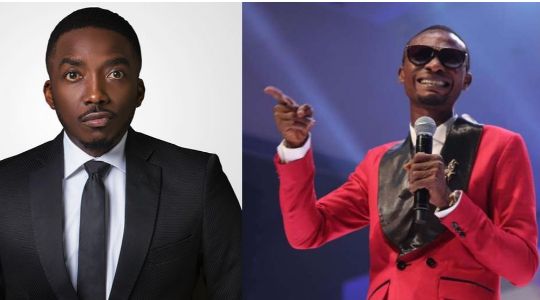 Comedians, Bovi, and I Go Die got down dirty on social media over a heated argument concerning former Delta State Governor, Emmanuel Uduaghan.

Trouble started when I Go Dye, in a post on Instagram questioned the ex-governor’s ambition, saying he didn’t do enough to merit another shot at public office. Bovi who felt it was hypocritical of his colleague to have written such a letter to Emmanuel Uduaghan considering the fact that the one-time governor had hosted him (I Go Dye) on several occasions while he was still in office, slammed him.

Reacting to Bovi’s tweet, I Go Dye fired back by calling him a ‘baby lawyer’ to the former governor, accusing him of selling his reputation, this angered Bovi who then vowed to ‘physically beat up’ I Go Dye up if he ever comes at him again or his children.

“PS- if you ever mention my children again, I will physically beat you up.”

However, Bovi in an interview with Saturday Beats maintained that he and I Go Dye are still friends that it is natural for friends to fight.

“We are very cool; what are friends for if they don’t disagree and quarrel once in a while.” 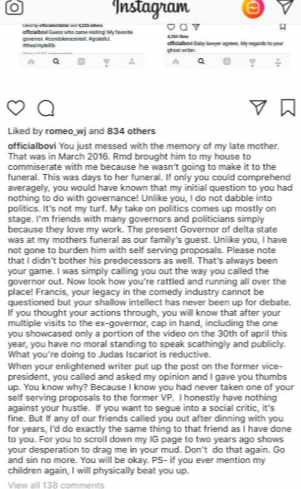 Did we miss out on anyone? Kindly share your thoughts in the comments section below