Be Careful When You Are In the bank. This just happened to a woman, Please read and be vigilant

Be Careful When You Are In the bank. This just happened to a woman.

There is a Woman Currently at My Cybercafe Shop close to Zenith bank Dutse Alhaji Abuja Crying and Lamenting that She had Just been Defrauded by a Man in the bank. 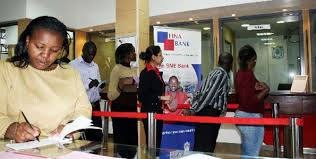 She said she Went into the Bank to Deposit 600 thousand in her account which was her total sale for the month as she was a business woman, and as she was filling the Deposit Slip, a Young man probably in his Twenties Approached her and asked her to borrow him her pen that he wanted to fill his too.

She Voluntarily did as She was already done Writing and the man gave her back the pen in less than a minute.

She didn’t know what happened from that moment but the Only thing she remembered was that she saw herself at the Entrance of the bank standing like a Statue With no money and No Slip.
<
She ran back to the bank Screaming and asking the Security men who saw what had happened. They said she had Personally Escorted the Gentleman outside after he gave her back her pen and she had Given him her Money thereafter.

She started Crying and Shouting that she had Just been Scammed with JuJu and she didn’t know that Man from anywhere ooo. They tried Consoling her but she wouldn’t budge. 600k!!

She is still Crying till this moment at my Shop.

Please Let us be guarded, Young boys are now using Fetish meeans to Defraud people even in the Bank too.

Don’t Give anybody Your Pen in the Bank!!! Tell them to get theirs! Let us not become Victims of fraud before we learn. Prevention is better than Cure!

Share this Article to Your friends and Loved ones, let everybody Know what is happening in our country Nigeria!