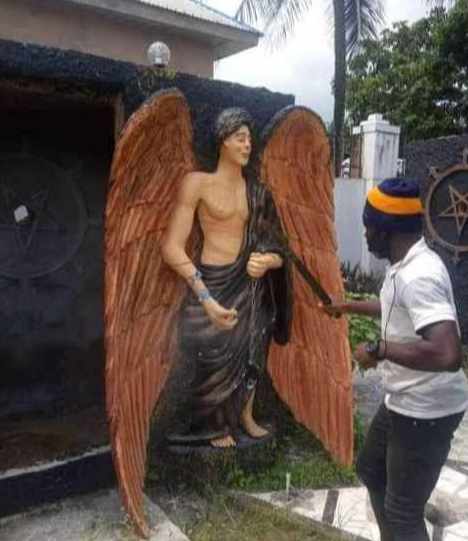 The activities of the Church of Satan, in Ebem Ohafia, Abia State came to a halt after its founder, Ifekwe Udo was arrested for his alleged involvement in the burning of the Ohafia Police Station in Abia State and other criminal activities.

Udo, who is also known as Lucifer or Fada-Fada reportedly has a questionable root regarding his Ohafia ancestry. He is known for assisting the youths in the area with motorcycles for okada business and other forms of empowerment. Little did they know that Udo was luring the youths into his church through this empowerment program. 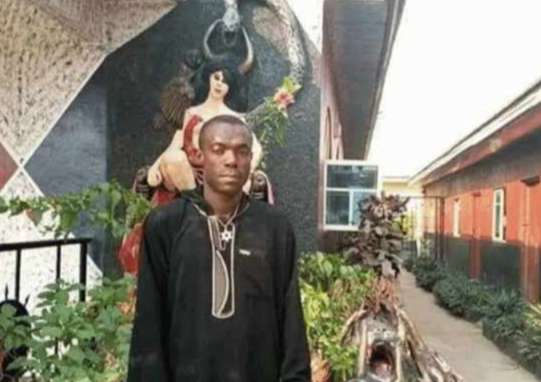 “He became popular in the past quarter of a decade for his visible efforts in providing employment opportunities for the jobless youths of the community. He gave the jobless youth motorcycles on hire purchase”.

A youth leader in Ohafia, Egwu Ibem, in an interview with Vanguard, said: “Everyone in Ohafia knew Ifekwe Udo did not mean well for Ohafia community with the nature of activities he was engaged in”. 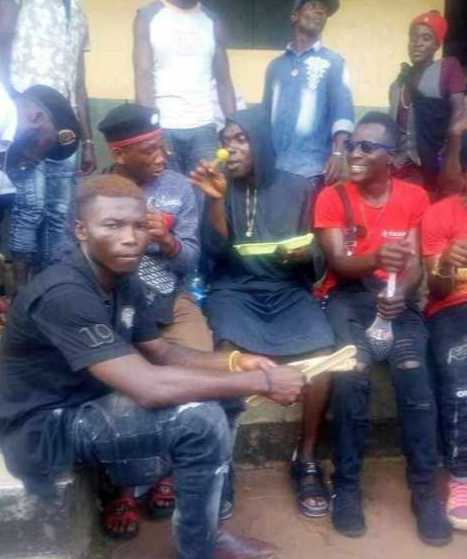 The people of Ohafia knew his evil practices, but nobody could confront him because of his connections. He was reported to have opened a brothel in Ohafia, which allowed the same s3x relationship. According to another source, men are stationed in the brothel for s3x-starved women and men to go and find comfort. 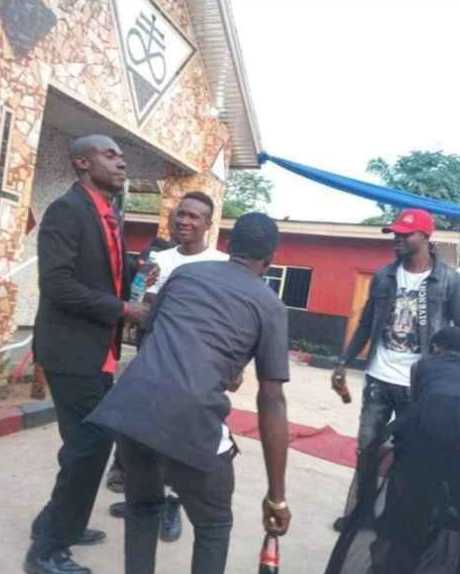 The state Commissioner of Police, Jane Agbede, confirmed that Udo and others were facing trial over the incident and the destruction of the Divisional Police Officer’s quarters as well as high and magistrates’ courts.

Residents of Ebem, Ohafia town in Abia State, where the Church of Satan was established, said they were afraid to confront Lucifer because it was feared that he possessed evil powers that would kill anyone who challenged his activities. 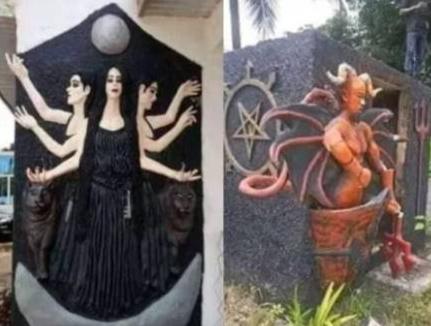 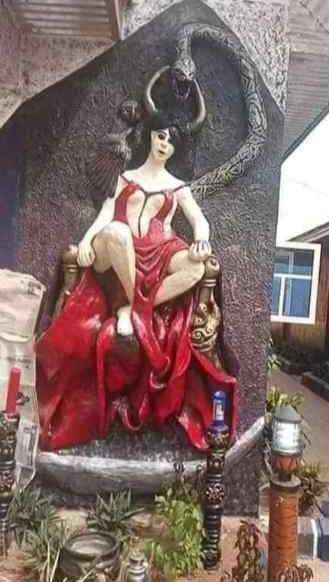 Following his arrest, youths of the community summoned courage and stormed the church, demolishing the various images on the premises 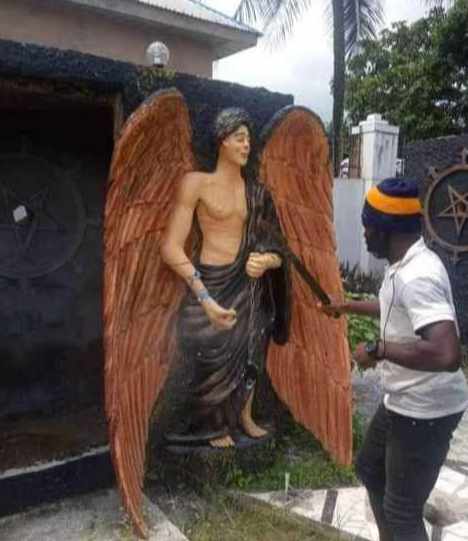 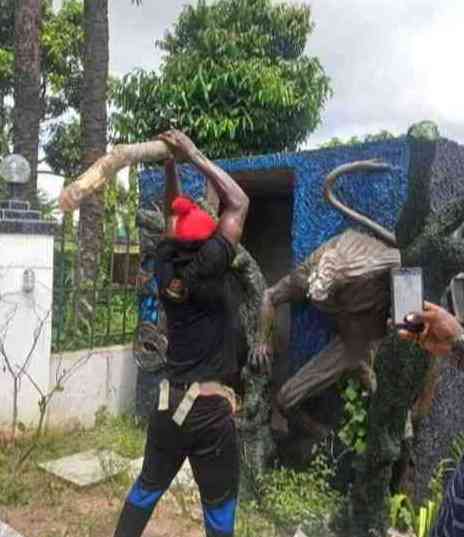 “That’s not the Church of Satan, and he has nothing to do with us or Satanism. The group is called the Assembly of the Light Bringer. Please stop spreading misinformation and leave us out of this”. Nigerians reacted to the news on social media. While some believed other religious believes are allowed to practice their faith, others see the activities of Fada Fada as evil, satanic, and unacceptable.

After regaining freedom from the Afara Correctional Centre, Umuahia; Lucifer is now exile following his banishment by his community, Ebem. The residents told Voice that Lucifer would be lynched if seen around the community. 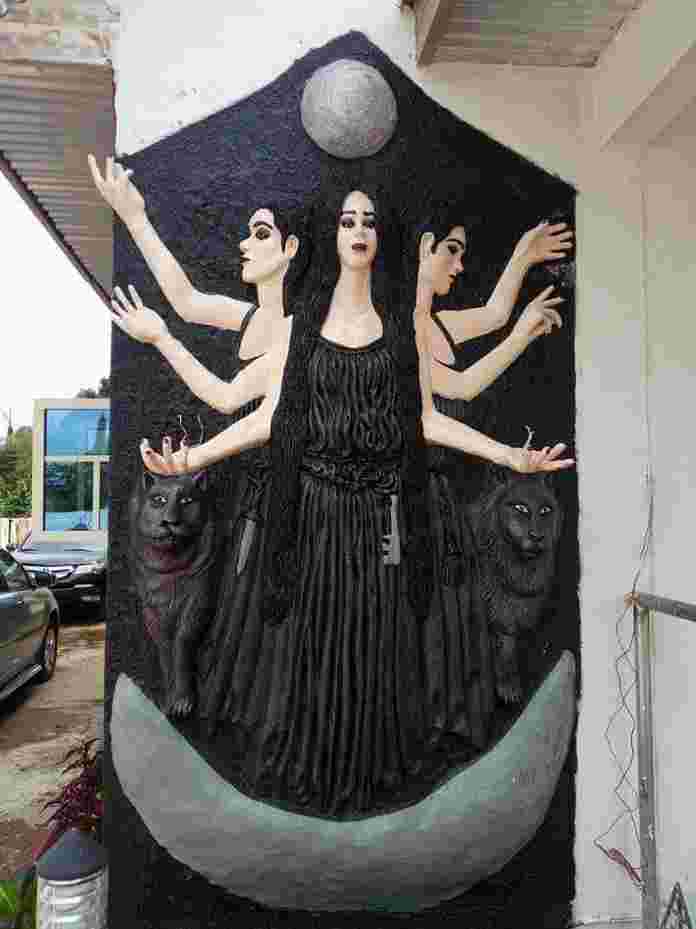 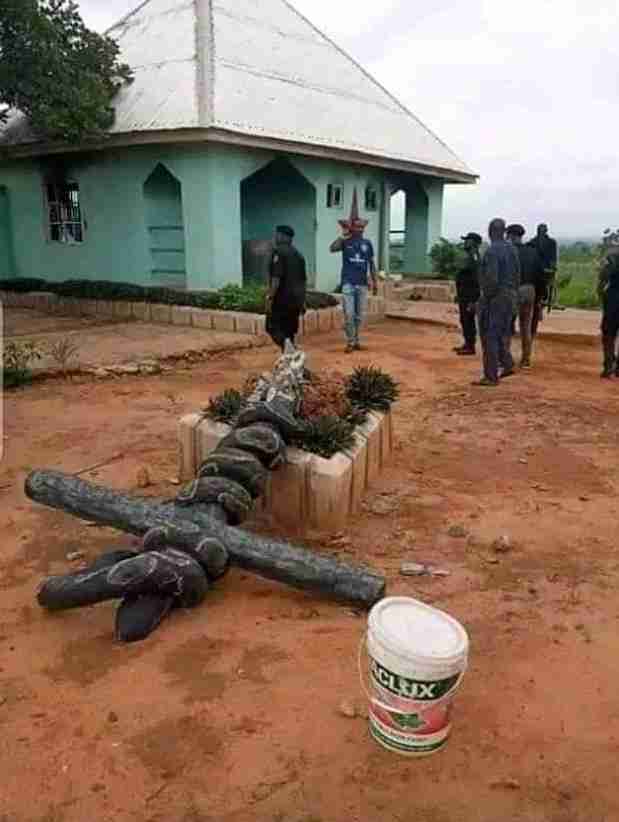 Apart from demolishing his church, his brothel was set to be demolished.