Skip to content
The Fiancé of late Flight Lieutenant T.O Asaniyi has broken silence regarding the demise of the military personnel. The lady identified as Bunmi Oladuntoye eulogized the late pilot Asaniyi today, while discussing their journey together. 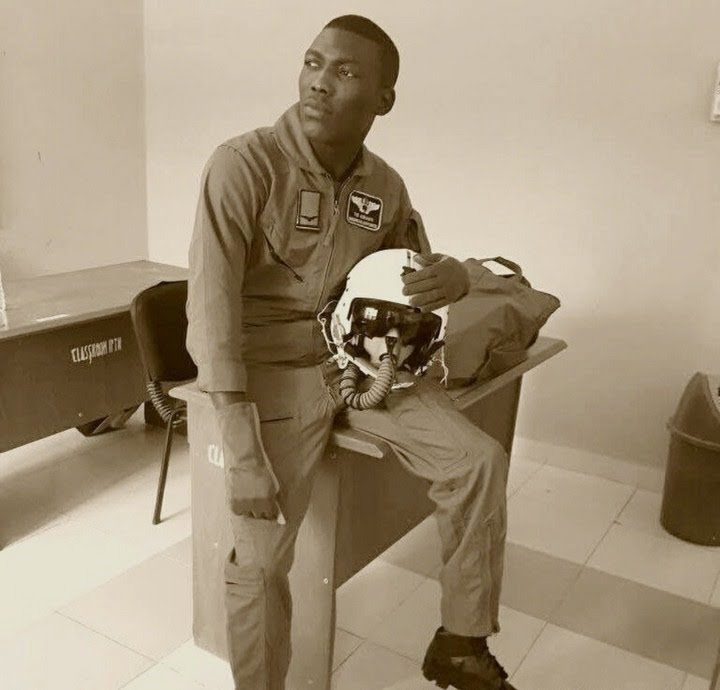 It was recently reported that a plane crash took the life of Nigeria’s Chief of Army Staff (COAS), Attahiru Ibrahim alongside other military operatives in Kaduna State.

Among those who lost their lives to the incident is Lieutenant T.O Asaniyi. It was gathered that Asaniyi’s wedding was around the corner before he died in the accident, the said Fiancé has now broken silence.

Sharing her photo with Asaniyi, Bunmi revealed that the flight lieutenant had asked her to be his wife in the month of August, 2020. 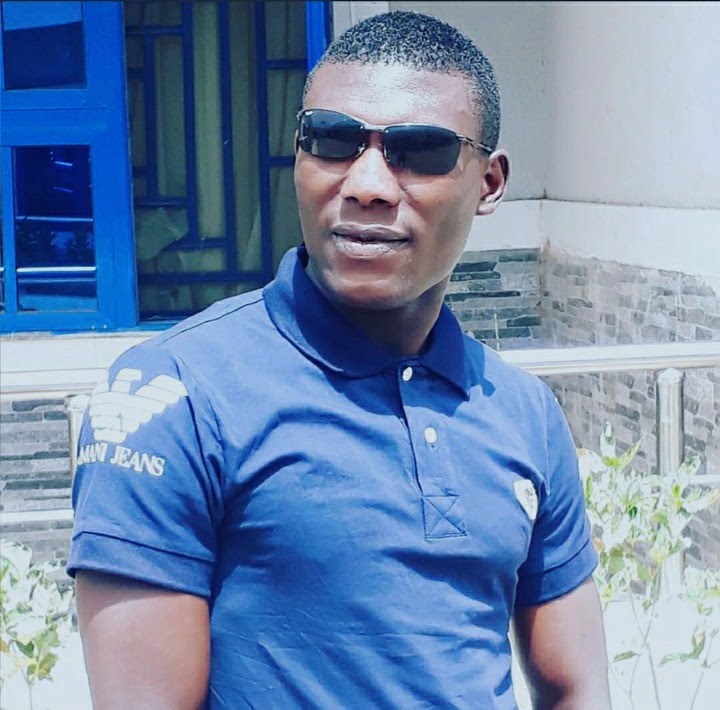 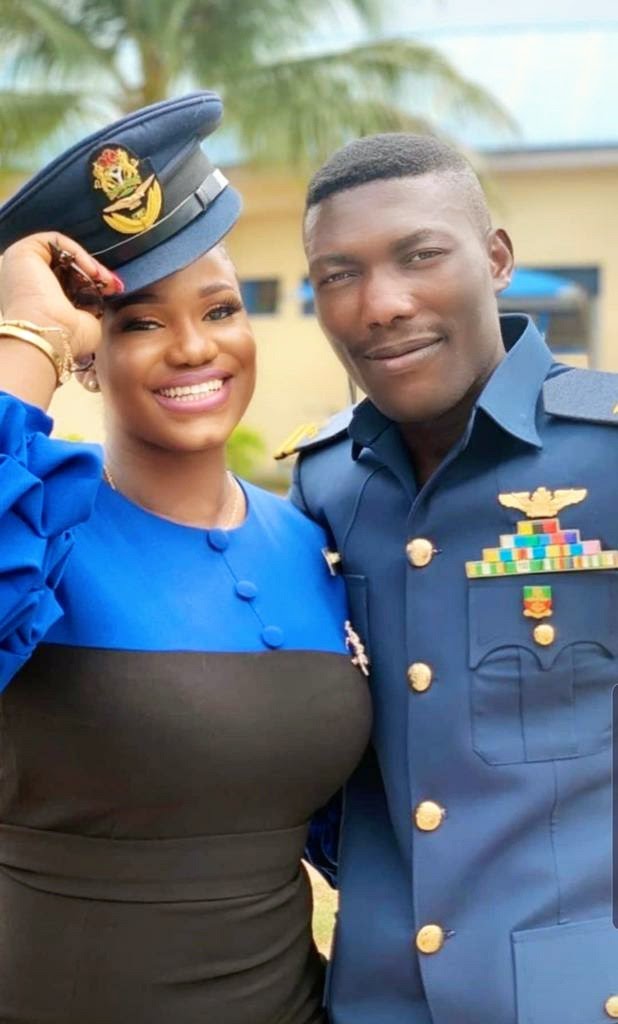 Bunmi described Asaniyi as a ‘giver’ who advised her to be humble. She further urged Nigerians to pray for Asaniyi’s family at this time.

Speaking on her relationship with Asaniyi before he died, Bunmi said he treated her like they were already married. 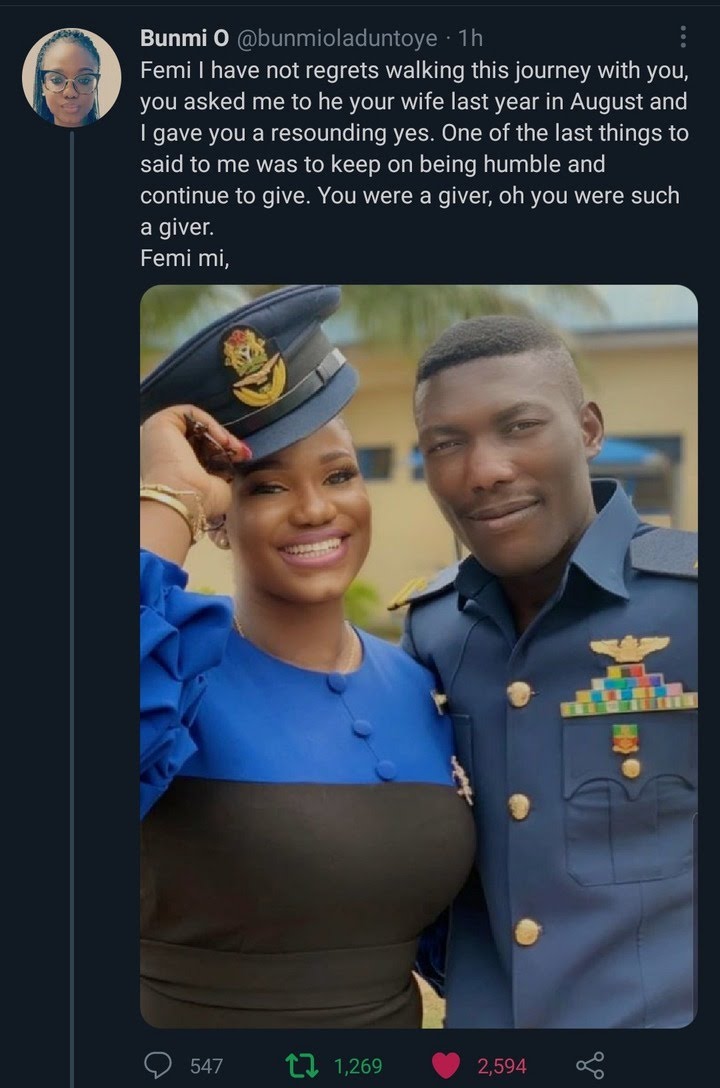 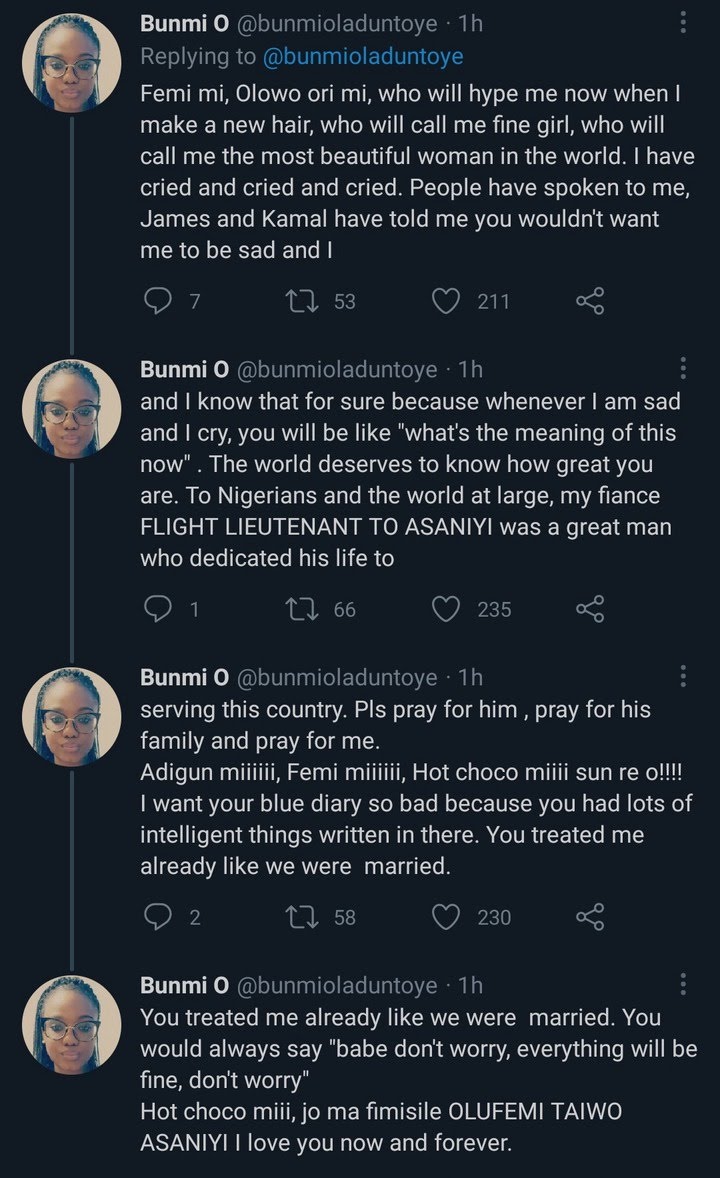 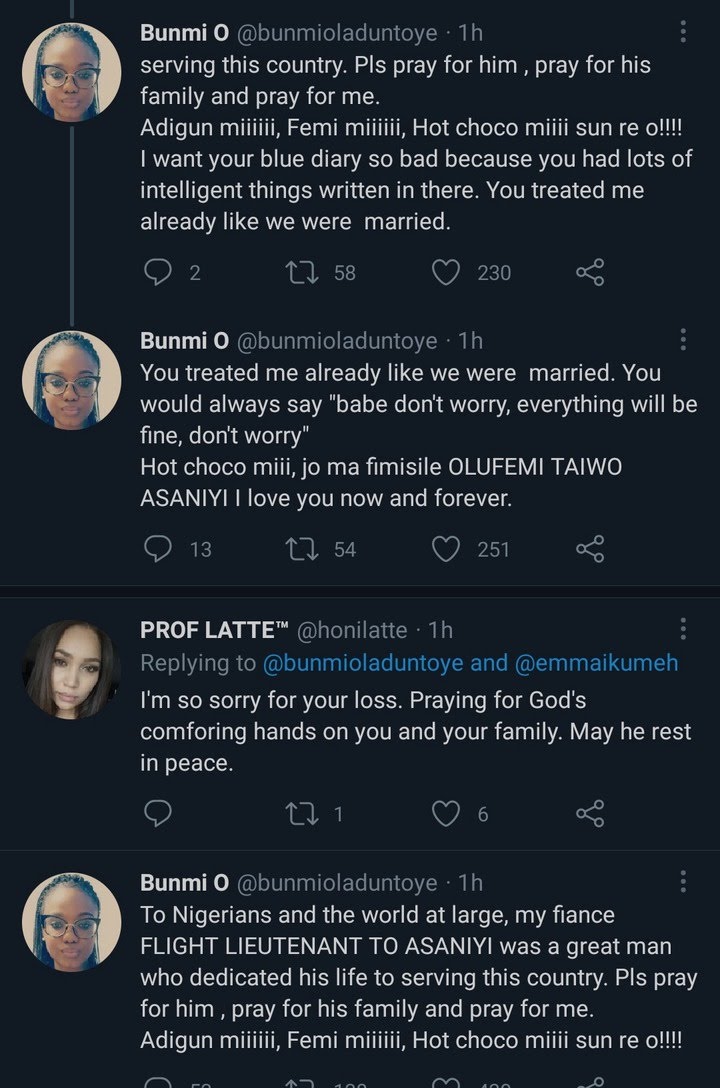 Many Nigerian leaders and groups have extended their condolence since the incident was reported.

If the content contained herein violates any of your rights, including those of copyright, you are requested to immediately notify us