Social media has both its advantages and defects. This depends on how people decide to use the opportunity.

Many individuals have found their fortune and goodwill on social media. Just recently, a photo went viral and it touched the hearts of many. 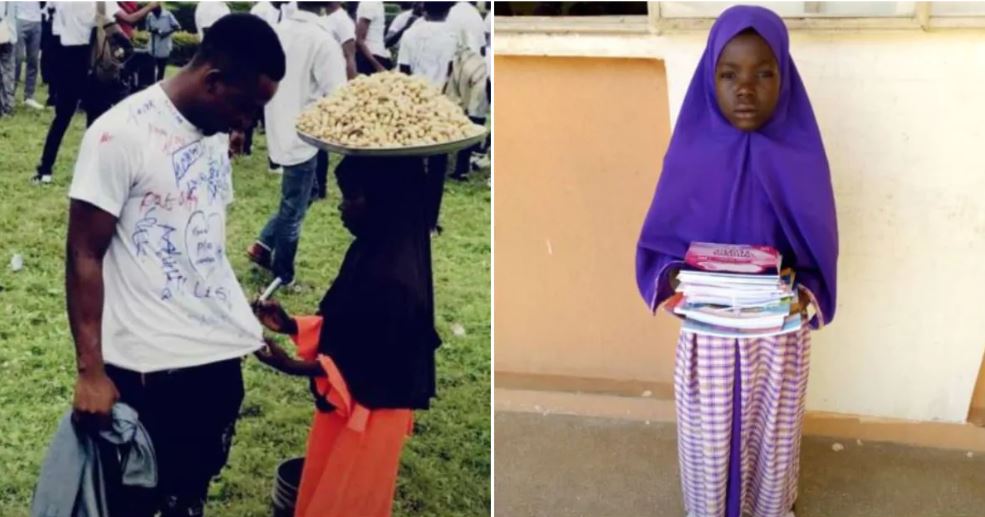 In the photo, a young girl who hawks groundnuts was spotted signing a Federal University of Technology graduate’s shirt after he completed his final exams.

It was gathered that the young girl had pleaded to sign the FUTMinna graduate’s shirt as she wished to be like him one day.

In a new development, the young girl has now been enrolled in the university’s staff school after the viral photo touched the hearts of many.

An interview with the girl on the university radio station (https://t.co/3TP3c4rTTS) and she said it is her dream to be like him one day pic.twitter.com/5eB3gMrKt0