“Cut off the heads of the men and hang them in the villages, have sexual intercourse with the native women and hang children and women on crosses.”

King Leopold II of Belgium to his generals, referring to people of his personal colony in the Congo. 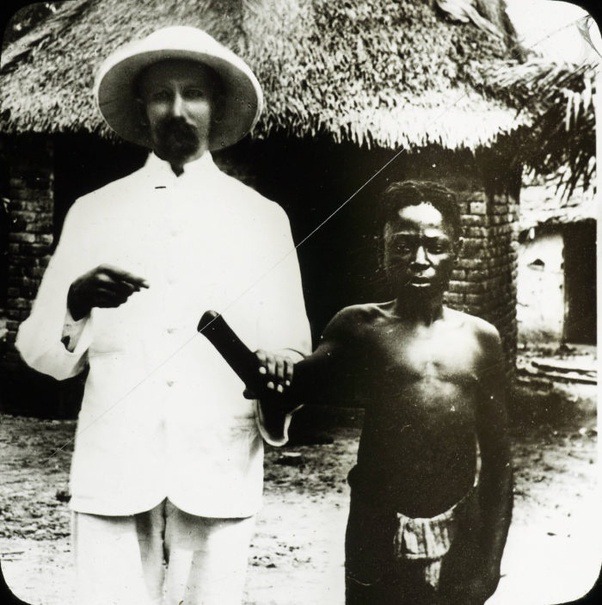 A child victim of Belgian atrocities in Congo stands with a missionary, Congo, ca. 1890-1910 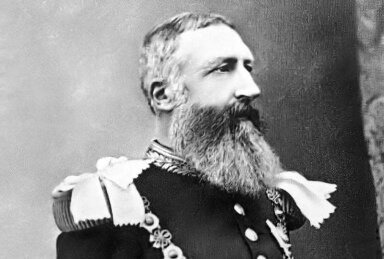 The Congo Free State was a corporate state in Central Africa privately owned by King Leopold II of Belgium founded and recognized by the Berlin Conference of 1885. In the 23 years (1885-1908) Leopold II ruled the Congo, he massacred 10 million Africans by cutting off their hands and genitals, flogging them to death, starving them into forced labour, holding children ransom and burning villages. The ironic part of this story is that Leopold II committed these atrocities by not even setting foot in the Congo. Under Leopold II’s administration. 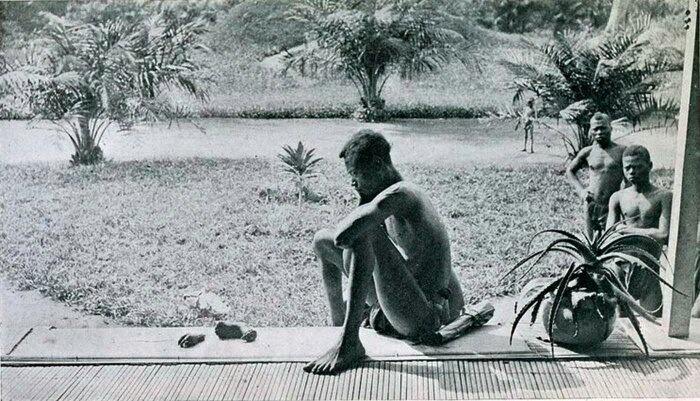 A Congolese man looking at the severed hand and foot of his five-year-old daughter who was killed, and allegedly cannibalized, by the members of Anglo-Belgian India Rubber Company militia.

(Just imagine yourself instead of this man )

The man in photograph is Nsala.

Photograph was taken by Alice Seeley.

Her written account about this photograph is in the book, Don’t Call Me Lady: the Journey of Lady Alice Seeley Harris:

He hadn’t made his rubber quota for the day so the Belgian-appointed overseers had cut off his daughter’s hand and foot. Her name was Boali. She was five years old. Then they killed her. But they weren’t finished. Then they killed his wife too. And because that didn’t seem quite cruel enough, quite strong enough to make their case, they cannibalized both Boali and her mother. And they presented Nsala with the tokens, the leftovers from the once living body of his darling child whom he so loved.

The ABIR Congo Company (founded as the Anglo-Belgian India Rubber Company and later known as the Compagnie du Congo Belge) was the company appointed to exploit natural rubber in the Congo Free State. ABIR enjoyed a boom through the late 1890s, by selling a kilogram of rubber in Europe for up to 10 fr which had cost them just 1.35 fr. 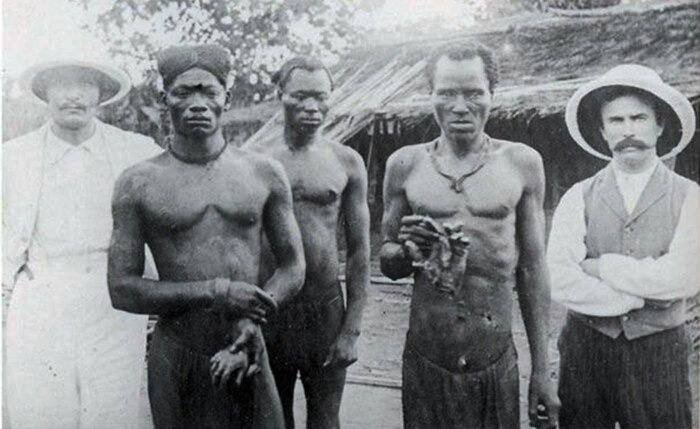 From all the bodies killed in the field, you had to cut off the hands. He wanted to see the number of hands cut off by each soldier, who had to bring them in baskets…A village which refused to provide rubber would be completely swept clean 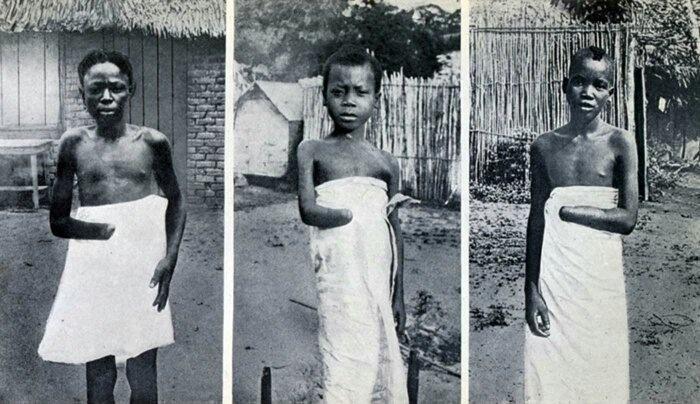 An illustration from HM Stanley’s “The Congo and the founding of its free state; a story of work and exploration. 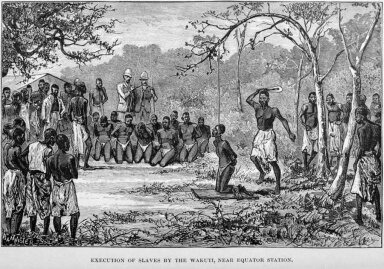 Under the reign of Leopold II, the Congo’s unique wildlife was fair game for sport killing by almost any hunter who could book passage and pay for a hunting license.

King leopold II was also depicted in “Heart of darkness” by Joseph Conrad.