How A Former NNPC GMD Stashed Over N3 Billion Cash In A Guest House ??? 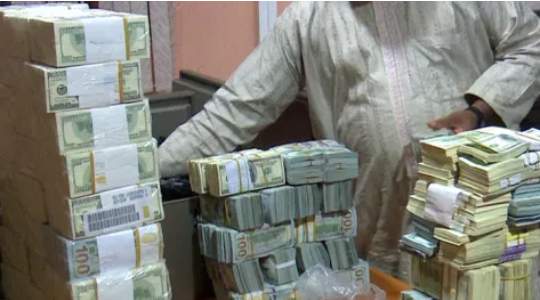 The former Group Managing Director of the Nigerian Petroleum Corporation (NNPC), Andrew Yakubu looted millions of Nigerian naira in cash and in the bank which he later claimed were gifts from unnamed persons.

He was given the appointment by President Goodluck Ebele Jonathan in 2012  and retired in 2014.

The anti-corruption agency, EFCC charged Yakubu to court for money laundering and false declaration of assets, over the discovery of $9.8m in his Kaduna residence. However, he has not been found guilty by any court of law for corruption. 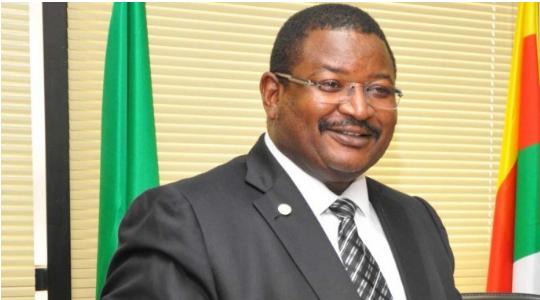 Instead, he filed a billion Naira suit against the EFCC and the Attorney General of the Federation for damages in March 2017.

Back in 2017, a special operation conducted by operatives of the Economic and Financial Crimes Commission recovered the sum of $9,772,800 (Nine Million, Seven Hundred and Seven Two Thousand, Eight Hundred United States Dollars) and another sum of £74,000 (Seventy Four Thousand Pound Sterling) cash in a building belonging to Yakubu in Kaduna. 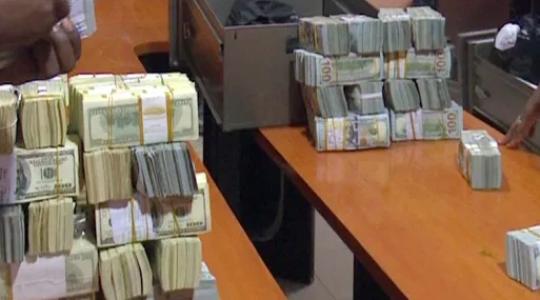 The huge cash was hidden in a fireproof safe. The spokesperson for the EFCC, Wilson Uwujaren, said in a statement that the surprise raid of the facility was sequel to a tip the commission received about suspected proceeds of crime believed to be hidden in the slums of Sabon Tasha area of Kaduna.

When the commission arrived at the location, Yakubu’s younger brother who happens to be the caretaker of the house confirmed that the house and safe where the money was found belong to his brother, Andrew Yakubu. 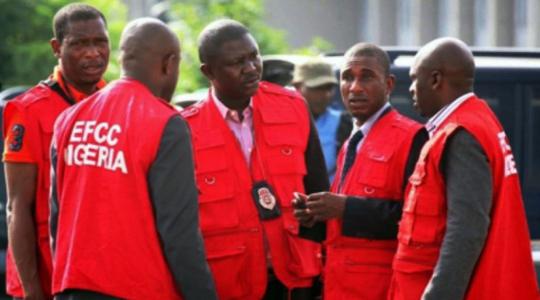 The officers were shocked to find the sum of $9,772,800 (Nine Million, Seven Hundred and Seventy-Two Thousand, Eight Hundred United States Dollars) and another sum of £74,000 (Seventy Four Thousand Pound Sterling) in the safe. They even referred to the huge amount as ‘staggering’. 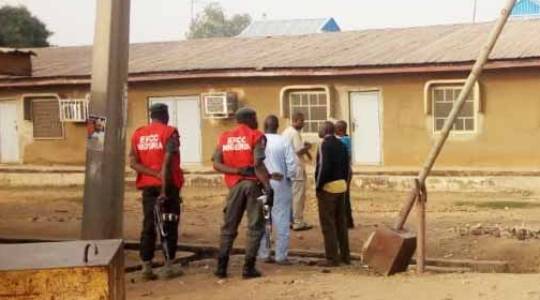 On February 8, 2017, Mr. Yakubu reported to the Commission’s Zonal office in Kano and made a statement wherein he admitted ownership of the recovered money, claiming it was a gift from unnamed persons.

According to This Day, Yakubu when he appeared in court told the judge that the money found in the slum house were monetary gifts given to him on occasions such as birthdays, thanksgiving services, and other celebrations he hosted after he left service.

Led in evidence by his lawyer, Mr. Ahmed Raji (SAN), the defendant said:

“Yes my lord, I confirm that the monies were contained in a safe taken from my property. “As I stated in my statement with the EFCC, the money found in the safe is mine. The money was not received in bulk. It was received in tranches of not more than $10,000 and not more than £5,000. 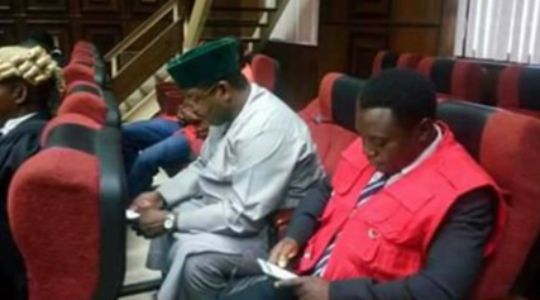 “Substantial part of that amount was given to me after I left service. It was given to me on such occasions as birthdays, thanksgiving services, and other celebrations that I hosted after leaving my office.

“I also hosted marriages of my daughters. In fact, over 98 percent of the money came from gifts.

“The purpose of keeping the money was to think of business ventures I will embark on, but it was not my intention to go into business investment without going through a financial institution.

“Since the money was given to me unexpected, I kept the money in safety, in a safe, pending when I decide on specific business venture to embark on. And as soon as the decision is crystalised, the business would be funded through the financial institutions.”

He continued: “For over 25 years, I had reason by virtue of my schedule to travel to many parts of the world. I was entitled to estacodes in United States dollars. 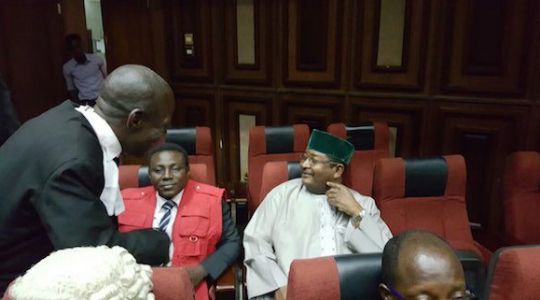 “Any saving I made during the trip, I came back and saved. The other two percent of the funds recovered from my safe was from such savings I made from travels.

“The prevailing rate of dollar at that time was average of N150 to a dollar and N250 to Pound Sterling. That was about the bank rate at that time”.

“When I was asked the time frame within which the safe was placed in the location, I told them that it was within 2010 to 2014”. 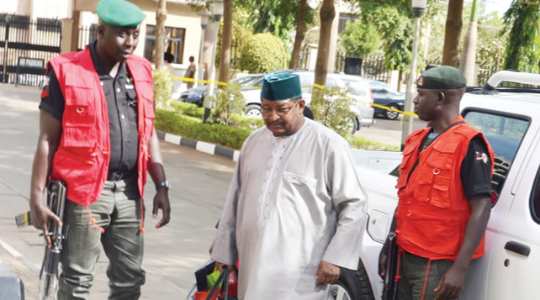 The anti-graft agency preferred a six-count criminal charge against Yakubu but the trial court, on May 16, 2019, struck out counts 5 and 6 of the charge based on a no-case-submission that was made by the defendant. He had asked the court to strike out the charges against him and acquit him of any wrongdoing.

The defense counsel had argued that the evidence led by the prosecution’s seven witnesses did not establish a case against the former NNPC boss, noting that there was nothing for him to defend. 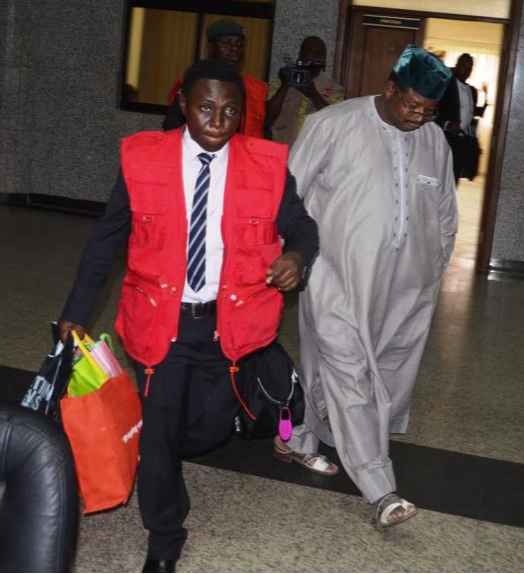 Following the discovery, a Federal High Court in Kano, on February 13, 2017, issued an interim order that forfeited the recovered monies to the federal government.

Dissatisfied with the decision of the Federal High Court, the former Yakubu approached the Court of Appeal in his bid to reverse the interim forfeiture order and recover his money.

However, the respondents contended that the ruling of the lower court validating its order was not perverse and that sections 28 and 29 of the EFCC Act were valid and operational, notwithstanding the alleged failure of the AGF to make regulations for their operations.

In a judgment delivered by Justice Obietonbara Kalio who headed the panel of the three judges, the Appellate Court resolved all the issues in favour of EFCC. 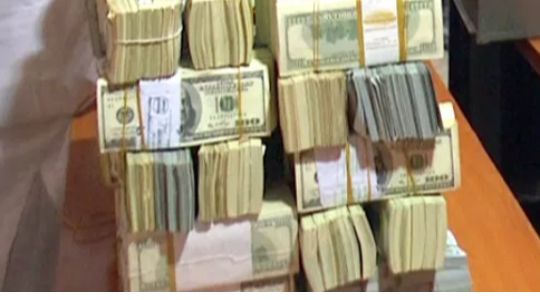 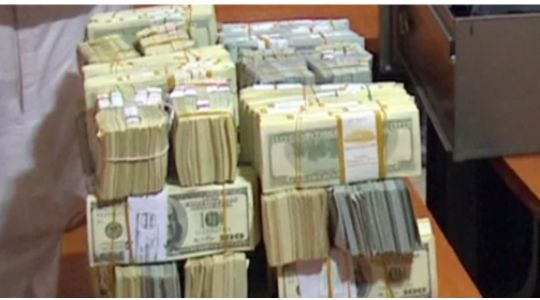 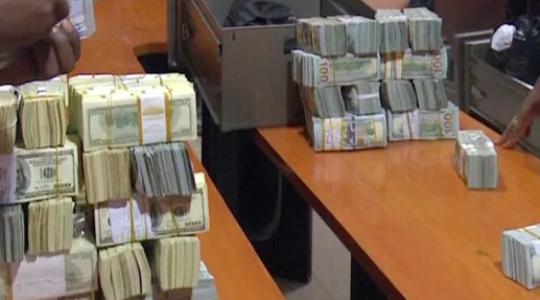