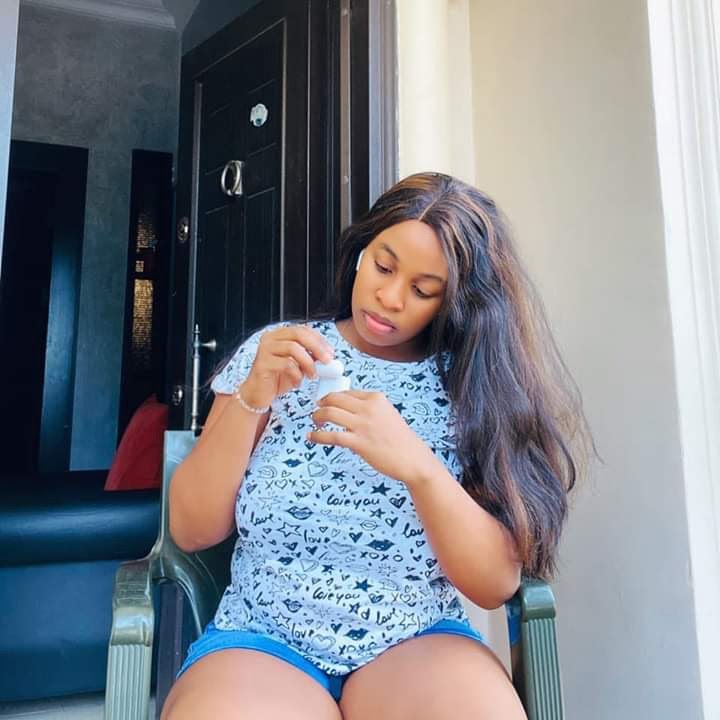 A female On Air Personality at Silverbird’s Rhythmic Fm in Abuja, communication executive, journalist and social media strategist, Blossom Martins, have shared what she discovered of recent among house helps, which is making her not to trust anybody and that she is also scared of buying corn at the roadside, because she doesn’t know the kind of person she is buying it from.

She revealed it that she broke down yesterday after one of the girls she was interviewing who is a house help was confirmed to be positive to HIV, a virus that has no cure. She also made it known that the virus has been in her body for a very long time and she doesn’t know.

She said aside the lady she interviewed who has HIV, most of the other people the has interviewed has some diseases in their body but which most of them don’t know.

She said, she is now scared to buy common corn because she doesn’t know what the seller has in her body. 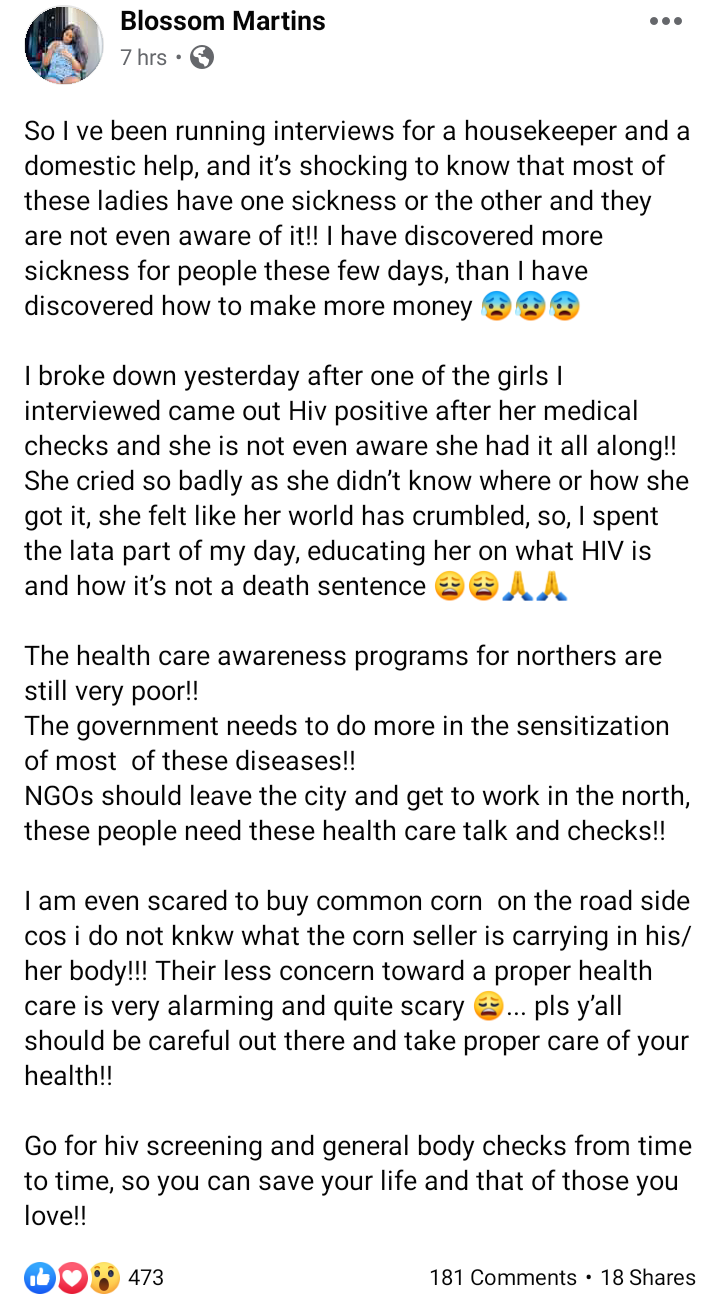 If the content contained herein violates any of your rights, including those of copyright, you are requested to immediately notify