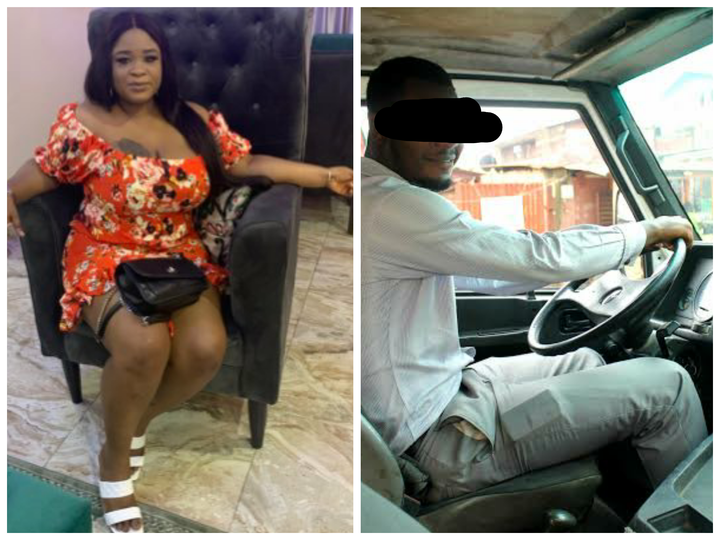 A lady identified as @datchubbychic has taken to her page to narrate an encounter with a bolt driver.

According to her, someone had ordered a ride for her after her several failed attempt as most bolt drivers refused coming to her side because of traffic.

Apparently the person who ordered the taxi had promised the driver for some extra cash if he agrees to pick her.

The driver agreed and after picking her up, the person who offered to give him extra cash changed his mind and this made the driver felt really bad, as it was the extra cash that motivated him to come pick her up.

She then offered to give him the extra cash herself once the trip has ended.

However, when she was about to pay, she decided to run a transfer and asked for his account details, she was shocked as his surname sounded familiar.

She then inquired about him only to find out they were cousins. 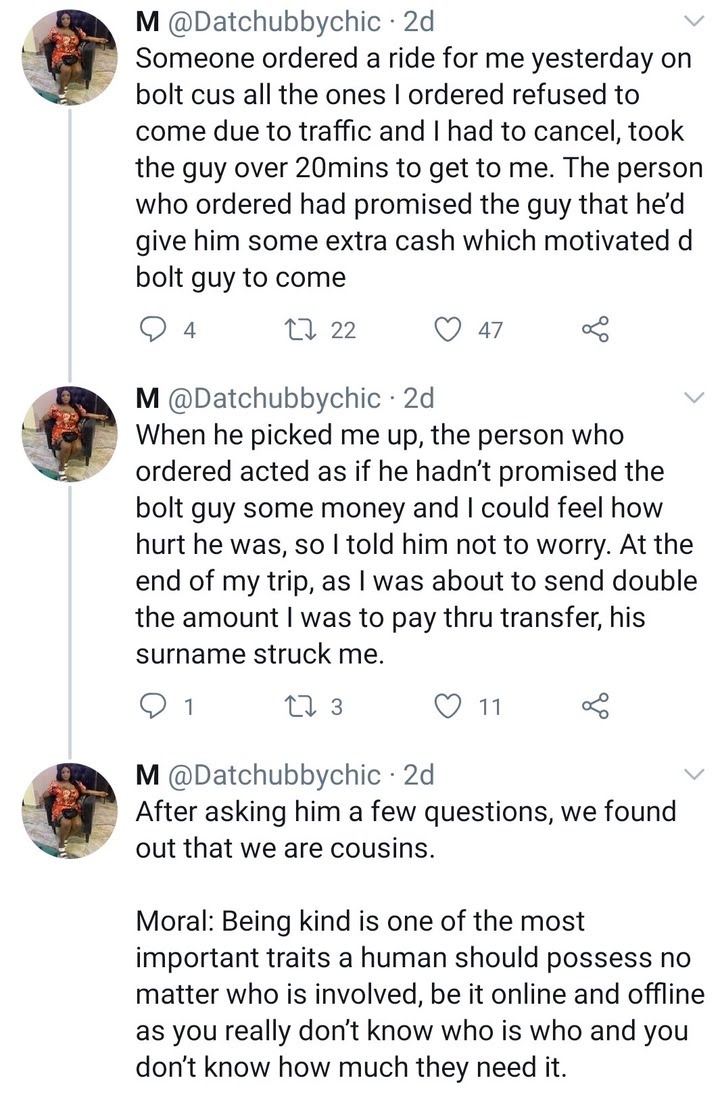