The issue of kidnapping and organ trafficking is becoming rampant, we hear different sad stories everyday. Just today an unidentified lady has decided to share her experience in the hands of organ traffickers, click the links below to watch the videos; The lady went ahead to explain what happened to her on her way back from work. On Sunday May 23, She boarded a Mini Bus which was headed to Saint Johns at Iwofe. She entered the bus with alot of people, she wasn’t the only one that entered the Bus. Immediately they entered the Bus, the next thing she saw was that the people there held Pen knife and gun. They were told to keep quiet so as to avoid getting killed instantly. Immediately a cooler was opened up which contained different human body parts.

They were warned to keep shut or be killed, even when they passed through a Police check point, the Police did not bother to look into the Bus. The Police Men let the Bus pass after collecting the usual Money from them, not knowing that people have been kidnapped.

They later arrived in a Bush at Etche local Government area in Rivers State, where human parts were being sold. She said that different people were coming to buy human parts, they would buy the parts they desire and put into food flask while saying Elections are coming. She was maltreated and beaten, you can see the marks on her body from the beatings she received. She was released after her people paid her Ransom, then those that could not pay were slaughtered with their body parts sold. She also went ahead to confess that some Police Men work with the kidnappers, they were calling to give them information. 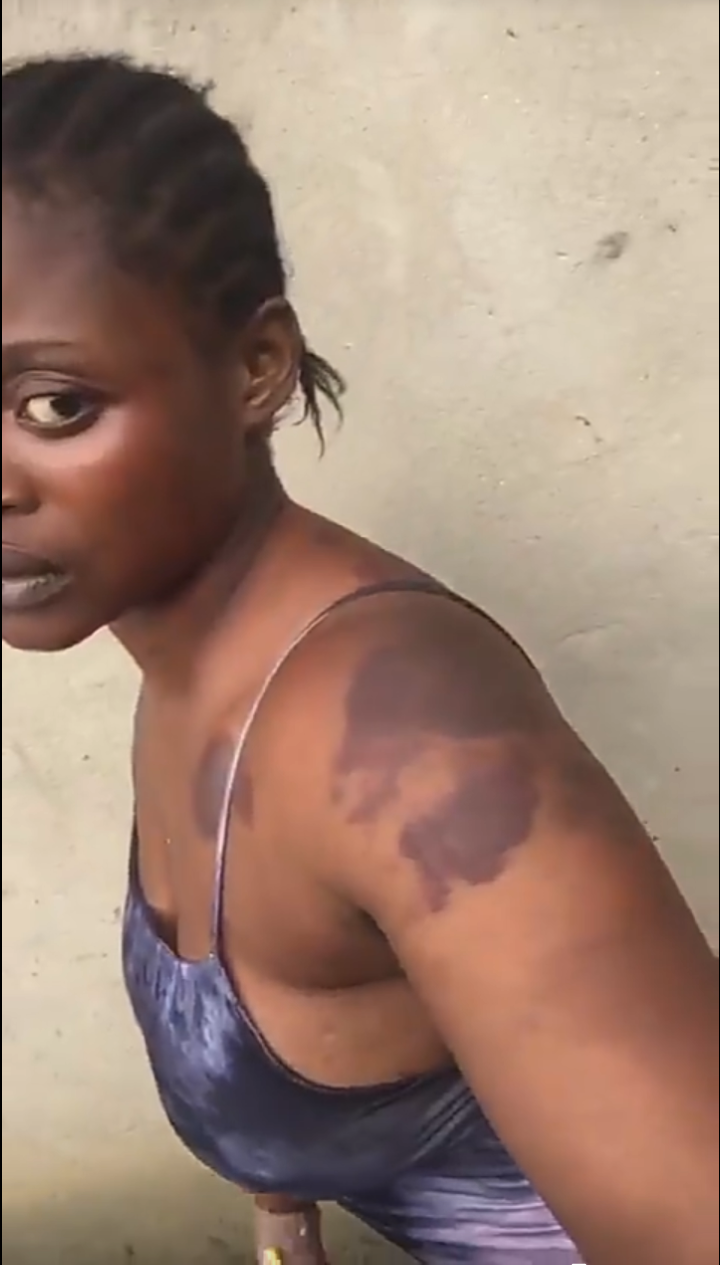 The lady said she didn’t see much in the area because she was blind folded, but she could remember seeing a Catholic church in the place. She is urging people to help put a stop to this, because alot of people are dying everyday.

She also talked about witnessing alot of deaths, alot of people were slaughtered on an iron table in her presence. This is becoming too much, just few days ago another lady narrated her experience in the hands of these organ traffickers.

Alot of people saw the video and reacted in different ways, some called on the Police to help put a stop to this. See reactions below;