Skip to content
I understand that snakes aren’t everybody’s cup of tea, but there are still more than a few famous faces who aren’t afraid of the odd snake here and there. Though these photos may be icky to some us, they show just how fearless some Nigerian celebrities can be!

Actors have to go above and beyond while on the job and this is a lesson that Beverly Osu learnt when shooting the movie, ‘The Curse of the seven’.

The former Big Brother Africa housemate had to put a snake across her neck. From the picture below, her face shows confidence but my heart is about to explode. 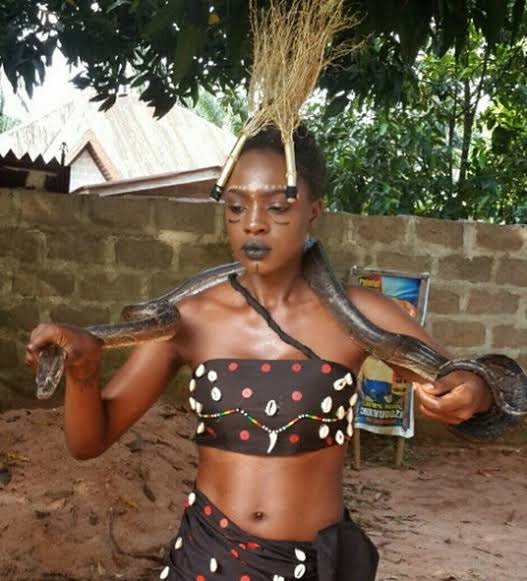 In 2018, Uche Ogbodu played the role of Snake Girl ‘Azummiri’ in a movie titled ‘ Udene’. She had to play the role with a huge live python.

She wrote on Instagram: “This my Python is not obeying me here, its not used to me yet. I’m on set guys, playing the Snake Girl AZUMMIR in this wonderful one of a kind epic movie” 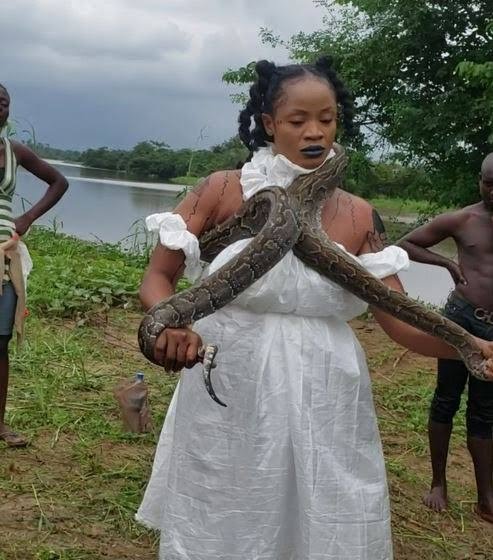 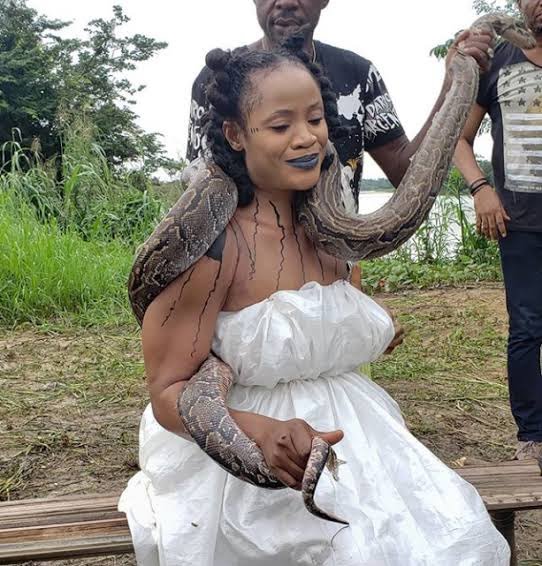 Nollywood actress Rukky Sandra was on a tour in South Africa. Out of all the fun things to do in South Africa, she went to play with snakes. Fearless! 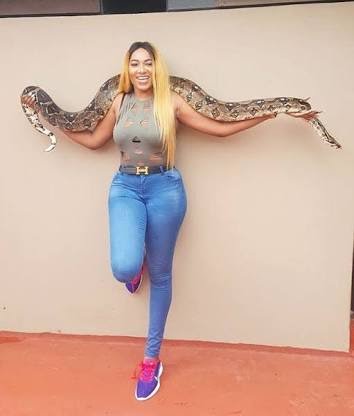 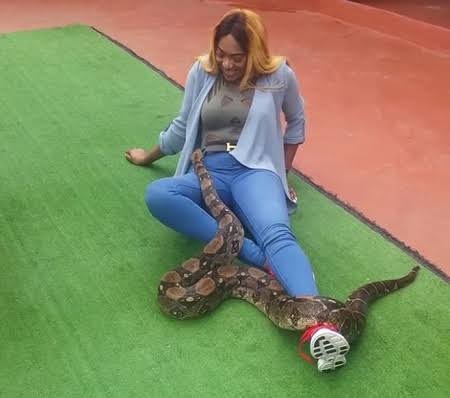 This was a for a music video in 2015. The picture shows our mega super star Davido screaming after a snake was hung on his neck!Oh look at that face! Lol 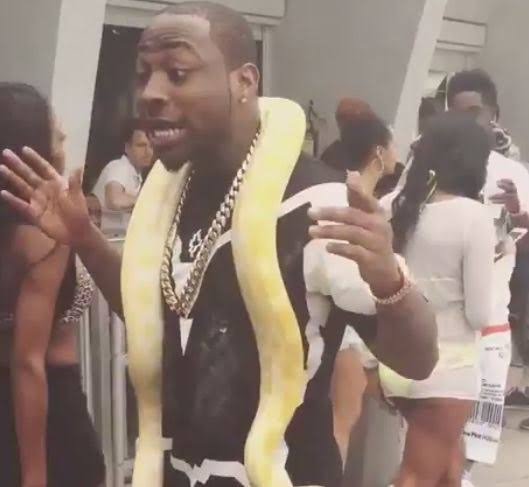 Nancy Isime visited the famous Snake Temple in Benin and she decided to take some pictures with some snakes. 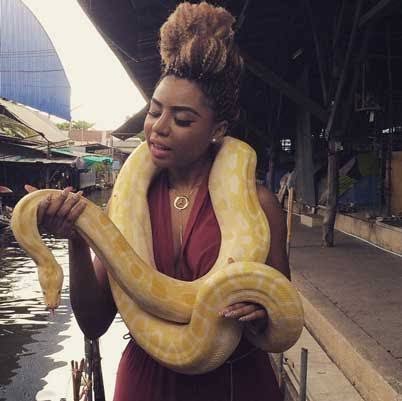 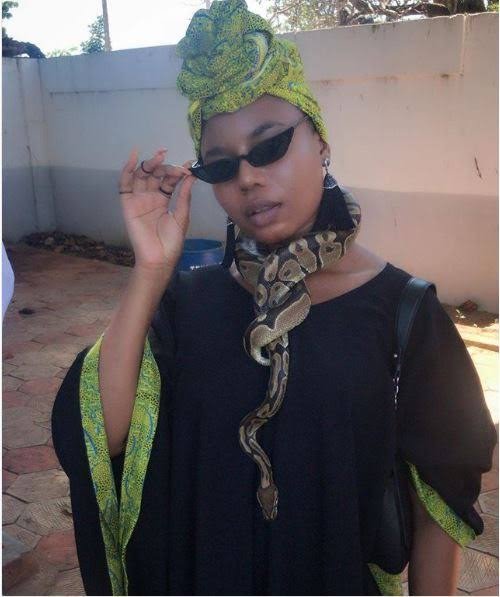 Actor Tchidi Chikere seems to be fearless! Can you handle a live python with your bare hands? 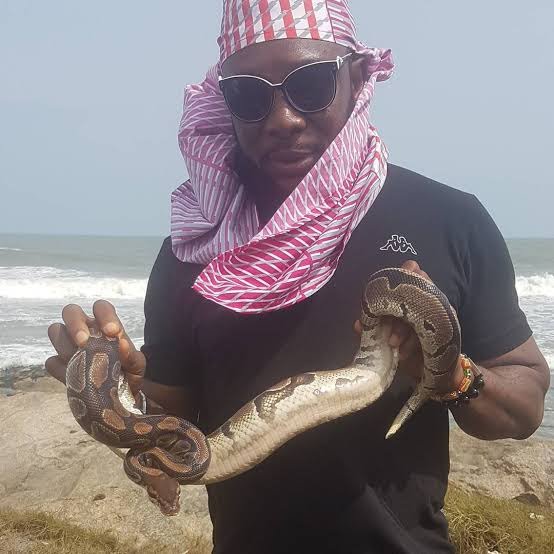 I thought Chika Ike was Timid until I saw this picture. Nothing on earth will make me put a snake on my neck. 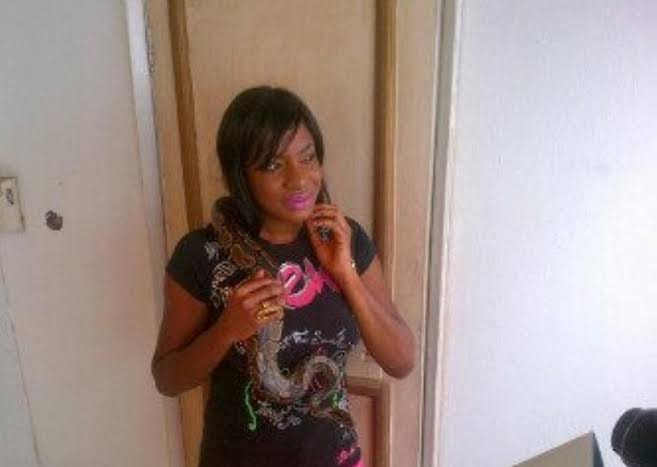 Can you hold or wrap a snake around your body like these celebrities? Tell me in the comments!