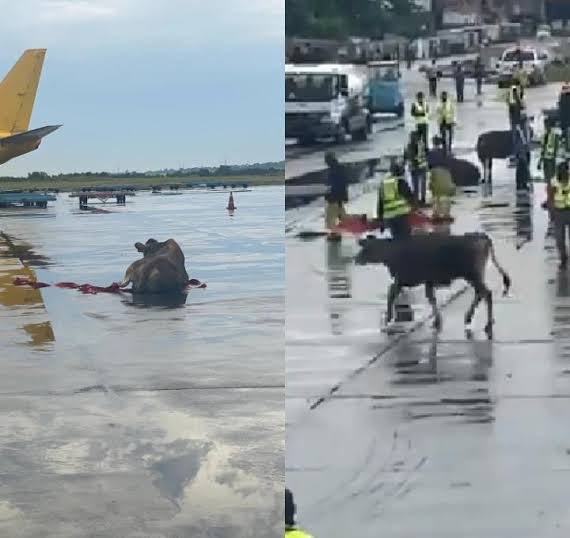 Around 250 cows arrived at the Murtala Mohammed International Airport in Lagos, Nigeria, from New Jersey, USA as it was reported. The cows were imported for the Ekiti State Government’s Dairy Farm in Ikun in collaboration with a private organization. The Dairy Farm received a $5 million investment from the Ekiti state government and a private company. 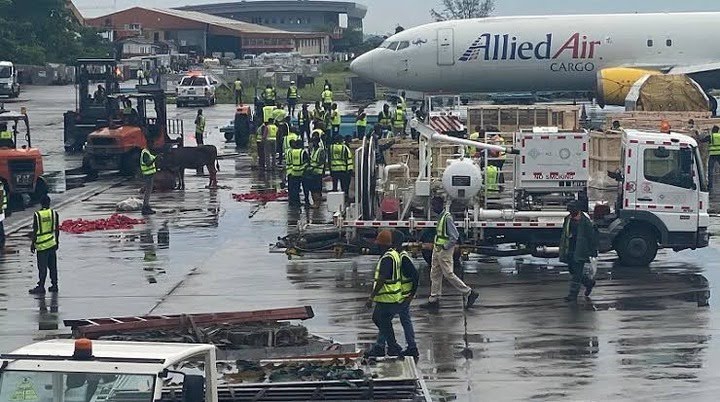 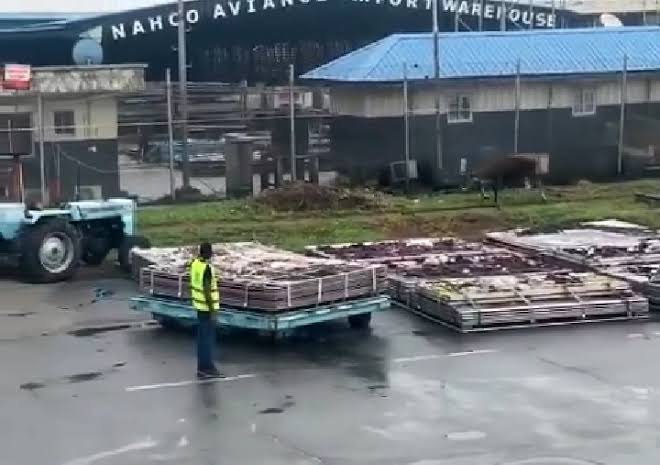 The cows were flown into Nigeria in crates, one of which was destroyed, and the ground crew failed to secure the cows after they were unloaded. The incident began when the cow began running and chasing employees on the airport tarmac. It took the intervention of some powerful men to get the situation under control. Probably, the cows would have chased everyone out of the airport. 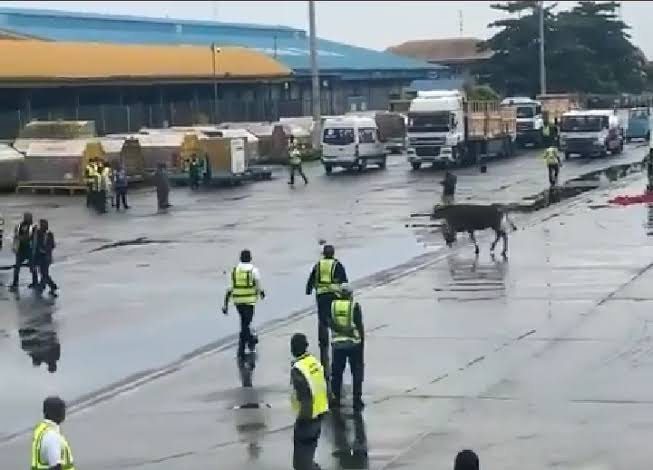 What are your thoughts on this? Do you believe that importing cows from other countries would help Ekiti State’s economy? Don’t forget to share and like.