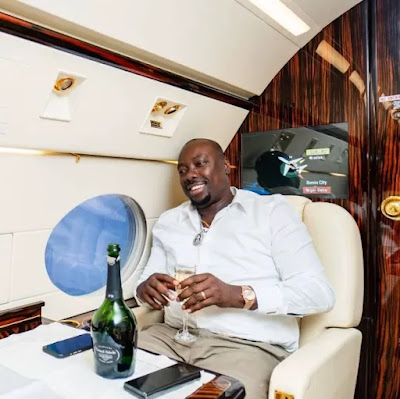 Popular businessman, Obi Iyiegbu has made a simple statement after his release from the custody of the Economic and Financial Crimes, EFCC.

Obi popularly known as Obi Cubana issued a short statement on his social media page after his release on Tuesday afternoon.

The business man simply wrote: “UNBROKEN” alongside a photograph of himself. 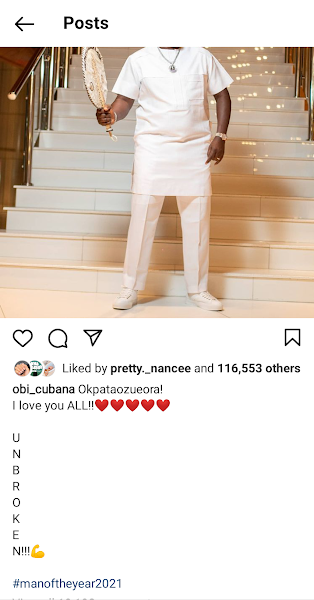 POLITICS NIGERIA earlier reported that the businessman was invited and detained by the anti-graft commission on allegations of Money laundering and Tax Evasion.