Skip to content
Have you ever had to write your child’s initials on them to remember which one was which? The Carles’ household is home to four girls who are 4 of a kind but who also beat the odds of 64 million to one to survive. Ellie, Georgina, Jessica, and Holly are Britain’s only identical quadruplets and their mum Julie was only the 27th woman in the world to conceive monochorionic quads naturally. 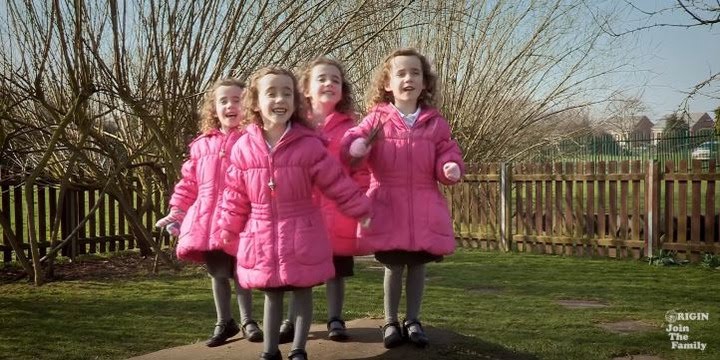 The girls are so alike that for the first year Julie and her husband Jose had to write the babies’ initials on their feet in permanent marker to tell them apart, and Jose sometimes still struggles to know who is who… it probably doesn’t help that Mum dresses them all the same. 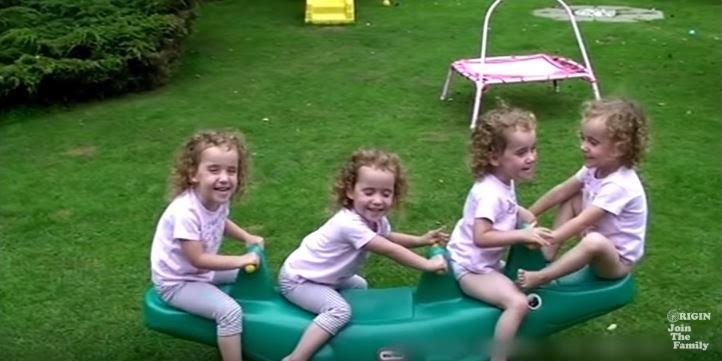 Until now, the girls didn’t have much contact with life outside of their family. They are all each other’s best friends and work like a little mischief-making machine, an inseparable unit working as one. But that’s all about to change as the girls start their first year of primary school. 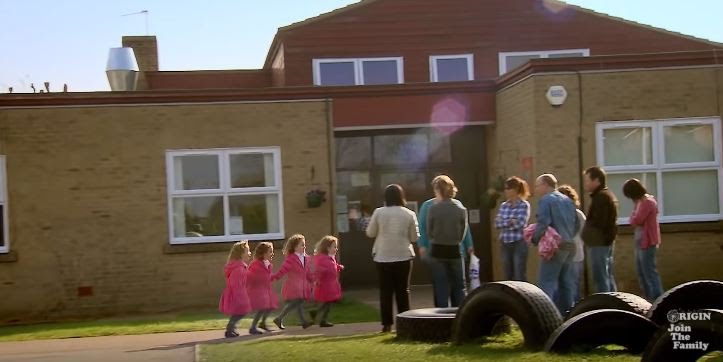