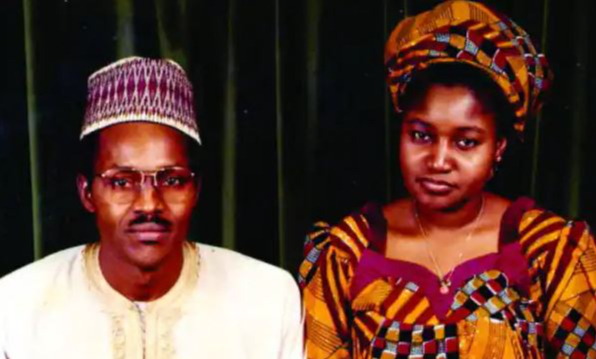 Only those of you who know your history well would know that the current First Lady of Nigeria, Aisha Buhari was not the first lady when President Buhari was the Military Head of State in 1984. It was his first love, Safinatu Buhari whose palpable fear of losing her husband during the civil war gained her a spot as the first lady when he overthrew the Shehu Shagari Civilian Goverment in 1983 with the help of Major General Ibrahim Babangida. Safinatu Buhari was an elegant woman who was never in the scene of  her husband’s political endeavours, instead she made herself a family woman who even go as far as preparing her husband’s meal herself with just little assistance from the aides when he was the head of state. 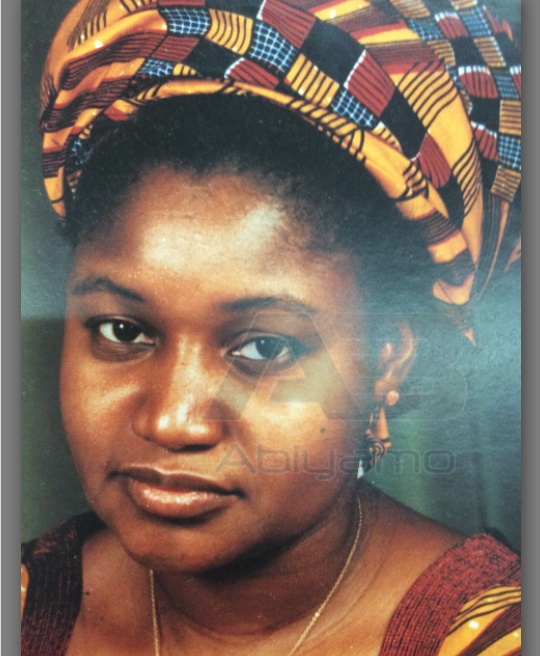 Hajia Safinatu nee Yusuf was born on the 11th of December, 1952 in Jos, Plateau State into a family of 13 children, to Alhaji Yusufu Mani and Hajia Hadizatu Mani. Her mother, Hajia Hadizatu, gave birth to seven out of the 13 children.

The graceful former first lady was well-educated and intelligent that she could read and write in Arabic, being well-grounded in Islamic education. She attended the Women Teacher’s Training College in Katsina where she obtained her Grade II Teachers Certificate in 1971.

The Civil War and Marrying Buhari

In an extensive expose of the former First Lady on focusreporters cited by Scooper News, Safinatu was 14 years old in 1966 when she met her husband, Buhari,  for the very first time when the young major in the Nigerian Army paid a visit to the house of Safinatu’s father in the company of his friend, the late Major-General Shehu Musa Yar’adua (brother of Late President Umar Musa Yar’adua). And we could say it was love at first sight between the fine military personnel and his bride.  Shortly after the two met, the Nigerian Civil War started in 1967 and Buhari was deployed to the battlefields. In 1971, with the war over, the two lovebirds decided to seal it and they got married. She was 18 years then.

Reluctant Role Of A First Lady 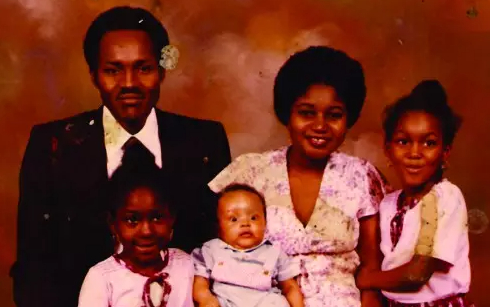 On the 19th of January, 1984, nineteen days after her husband had just become the country’s seventh military head of state and as the wife of the Commander-in-Chief of the Nigerian Armed Forces, Hajia Safinatu Muhammadu Buhari was mandated to move into the State House at Dodan Baracks, Marina, Lagos in the company of few friends, relatives and her children..

She was always almost invisible by her husband’s side but she gave a great deal of her time and her energy on her children and making the State House very habitable and peaceful for the HOS. Safinatu was never caught up with her husband’s official duties and did not discuss national matters with him.

When it came to Buhari’s dishes, they were always personally prepared by the First Lady herself, assisted by the domestic staff. General Buhari loved to enjoy pepper soup made with mutton, chicken or fish and his meals are never complete with that or mutton suya and fresh fruits.

The closest to a political duty Safinatu would engage in was to host wives of dignitaries who visited the State House and ensure hospitality and logistics went well without glitches. The First Lady was reportedly not too keen on her husband’s role as the Head of State as it reduced family time with A Buhari that never joked with his family before assuming office but she learnt to live with the new lifestyle. 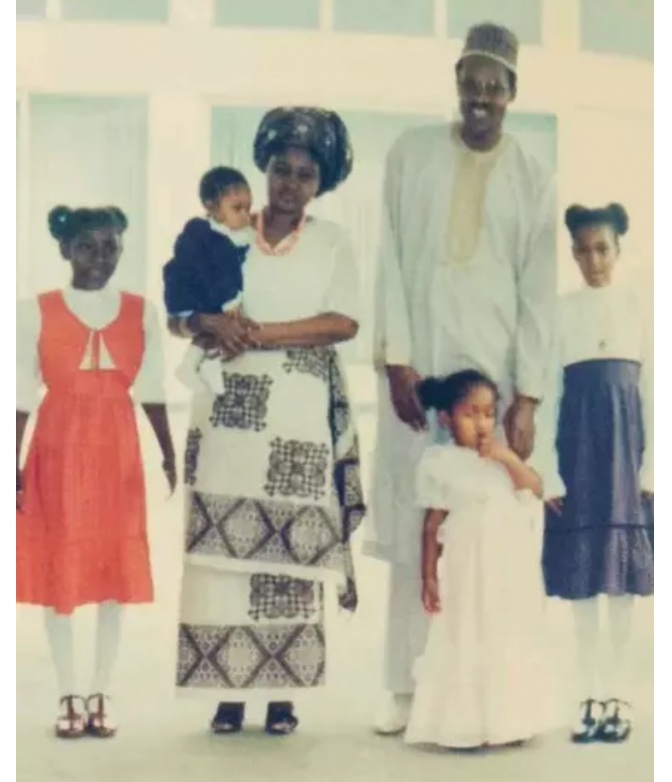 During the time her husband was ousted from office, she had given birth to four children: Zulaihatu (now late), Magajiya-Fatima, Hadizatu-Nana and Safinatu Lami. They would also later have a fifth child, Musa (now late).

According to reports from different quarters, Buhari being a stern and highly principled man divorced Safinatu because she solicited for financial assistance from Babangida, a man who imprisoned her husband following the coup that ousted his government. Buhari would later marry Aisha in February 1989.

In 1998, she was diagnosed of diabetes mellitus in Saudi Arabia and it was a protracted battle with the disease for Safinatu till she gave up the ghost on the 14th of January, 2006. (Aged 53)

Her Footprint and legacies 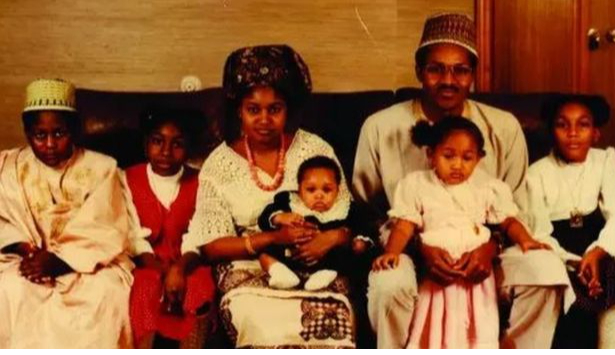 Despite shying away from any official role as the wife of the head of state, Safinatu stated several times that wives of the HOS should have a defined office and roles in order to add their quota to National Development

‘I think that the wives of Heads of State should be given the opportunity to speak on matters of national significance.

They should willingly shoulder these responsibilities and serve as mothers of the nation.

They should also aim towards achieving their set objectives so as to attain a feeling of self-fulfillment after they might have left the State House. ’

Buhari by all indications is not known to be a polygamist and even though rumours of him taking in a new bride were rife in 2020, Aisha Buhari remains the known spouse of the president