Even though the Chivido chapter may have come to an end, it is worth noting that the mention of Davido and Chioma resonates with the story of Romeo and Juliet, at least in Nigeria, where the lovebirds dominated the scene with their romantic, fairytale love story.

From a naive schoolgirl in Babcock to the most popular celebrity girlfriend in Africa, the whirlwind of emotions that came with Chioma and Davido’s relationship dwindled as fast as it blew. In this exclusive article, Scooper News brings you a full timeline of their relationship from the moment Chioma’s friend linked her up with Davido to the moment Davido sent a very platonic birthday message to mark the end of their relationship.

So when the rumours of cracks in their relationship began to filter the air, following the third wheeler, Yafai, it became apparent that things might have gone south between the celebrity couple.

Things took a different turn on Tuesday, March 30, when photos of Davido and Yafai locking lips made it to the Internet.

How It All Started (5 Years Earlier): 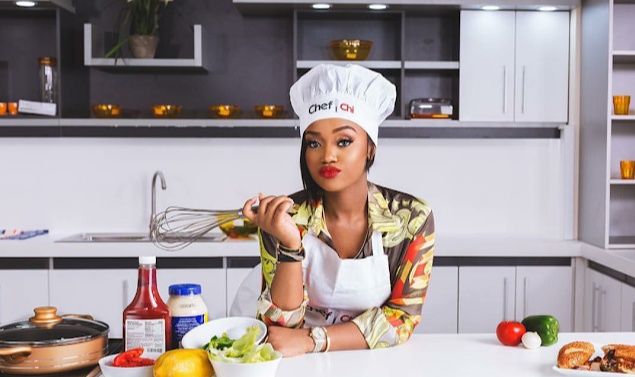 It was December 2017 and tabloids were busy reporting the mystery babe Davido was splurging hefty sums on and emptying luxury stores in Dubai for. After the Dubai shopping spree,  he showed off their Gucci swag and her Rolex watch. They later went clubbing in matching Gucci belts. This went on for months as Davido left all of us guessing who his new girlfriend was. When the time was set, he unveiled her in grand style and it was a talk of the town as the relationship itself became a catalyst for Davido’s rebranding from HKN gang to 30BG crew.

This leads us to the next phase of their relationship and how Chioma reportedly helped Davido out of chronic depression. 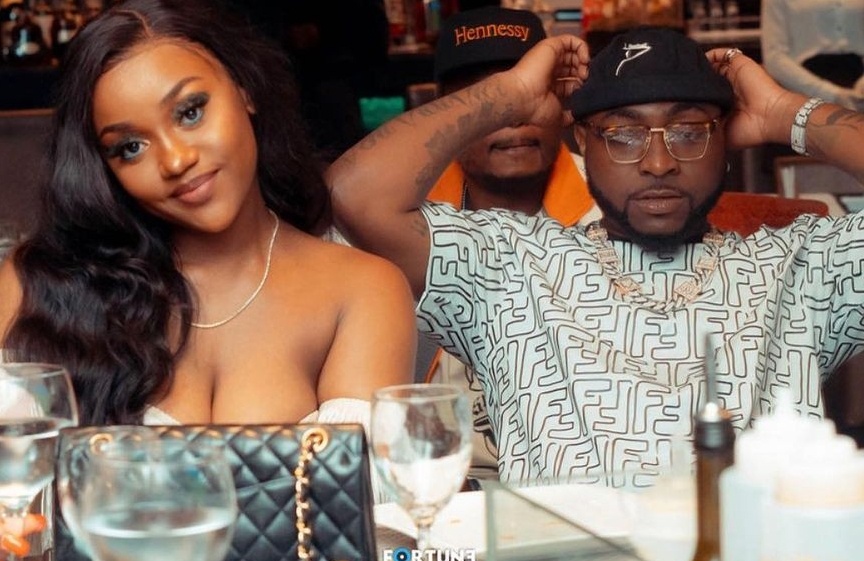 Asides from being Davido’s girlfriend, Chioma seems to be excelling as a chef, and her beautiful and seemingly taste dishes are certainly one of the reasons she wormed her way into OBO’s heart and bask in the love of his crew.

A source who was a close friend of Chioma back in Babcock recounts how her friends would call her from school to stop cooking for Davido and return to school but all fell on deaf years as speculations have it that Chioma never graduated from the private higher institution.

She became easily liked by his crew that they all got along and that spurred the media chatter about an affair with one of Davido’s signee, 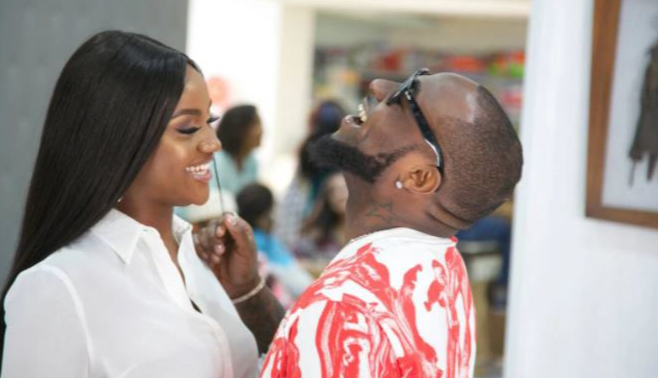 While fans were still basking in the euphoria of Davido’s beautiful relationship with Chioma Avril, the music star threw a beautiful birthday party for his bae. Well, not many saw it coming when he decided to get for the birthday celebrant a car worth N60M. Social media erupted after Davido presented the car gift to Chioma…even some celebrities weren’t left out as they all congratulated the new Porshe car owner.

By 2018, it became clear that there was only one woman in Davido’s life. He was never shy to show her off at any given opportunity. Interestingly, on May 1, 2018, he dropped the video for his hit single ‘Assurance.’

It was no news that the record was dedicated to Chioma. Now what many did not envisage was Davido actually featuring her in the video. He did. The music star and his fiancee’s chemistry could not go unnoticed as they blew the minds of many in the video.

December 2018: Davido and Chioma spotted together amid breakup rumours 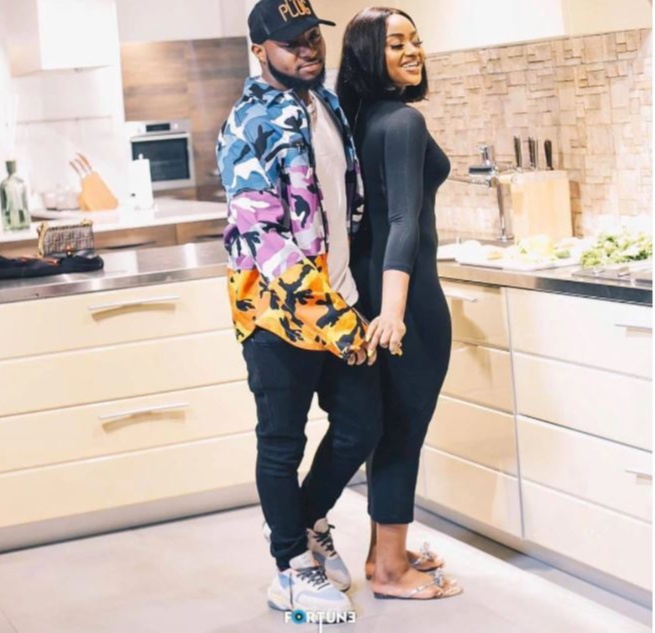 Just like every celebrity relationship, there are always unconfirmed gist and rumours about them. Davido and Chioma weren’t left out as the gist of their rumoured breakup began to make the rounds. However, the singer in his usual sarcastic manner dispelled the rumours and he was later spotted out on a dinner date with Chioma.

September 2019: Davido holds introduction ceremony ahead of marriage to Chioma 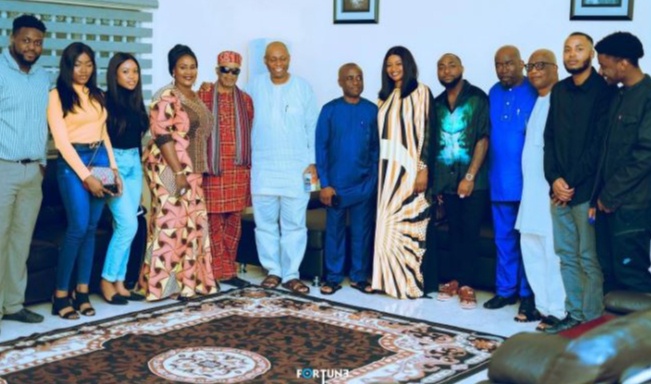 Davido once again in his usual surprise style shocked fans and millions of followers on social media when he shared a photo of his introduction ceremony on his Instagram page on Tuesday, September 2, 2019. It took a while for it to sink in for many, however, he told everyone to get their Aso Ebi ready as he would be getting married to Chioma in 2020 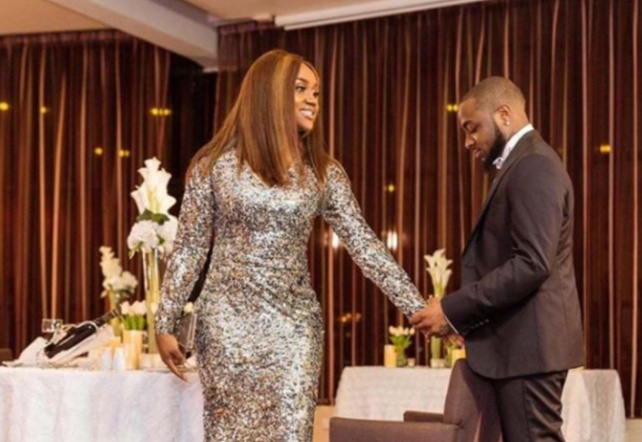 What’s a wedding without a memorable proposal? Davido proved to everyone that he was going to do take all the right steps as he officially proposed to Chioma on Thursday, September 12, 2019. The proposal took place among close friends in a restaurant in London. 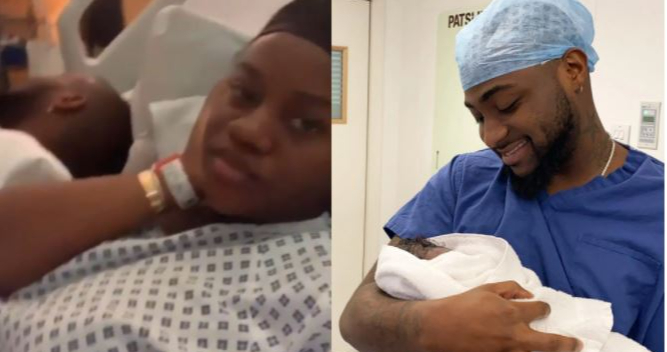 While fans were still basking the euphoria ahead of a big celebrity wedding, Chioma and Davido were both far away in Europe waiting for the arrival of their first child together. On Sunday, October 20, 2019, Davido announced on his Twitter page that Chioma had given birth to a baby boy. He named him David Adedeji Ifeanyi Adeleke Jnr. Social media went into a frenzy over the news of Chioma’s baby. 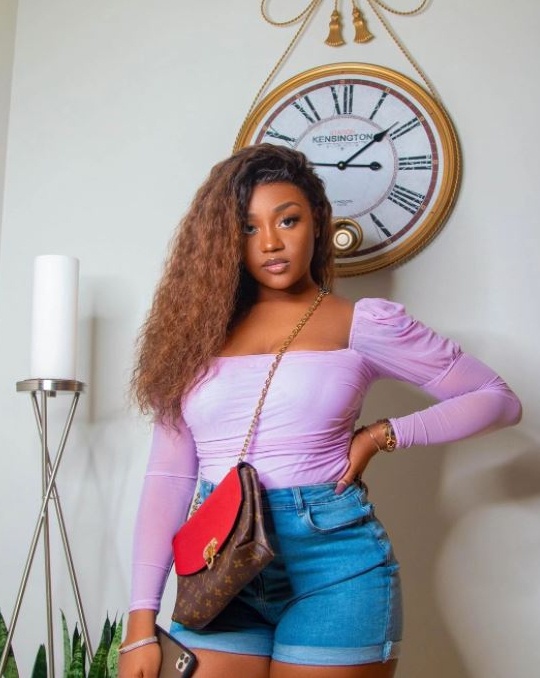 2020 was indeed a very challenging year for many including celebrities. In 2020, there were rumours that Davido and Chioma got into a physical altercation. These rumours began to spread after he was spotted with a broken leg. Chioma then released a statement via her Instagram page where she denied the rumours. 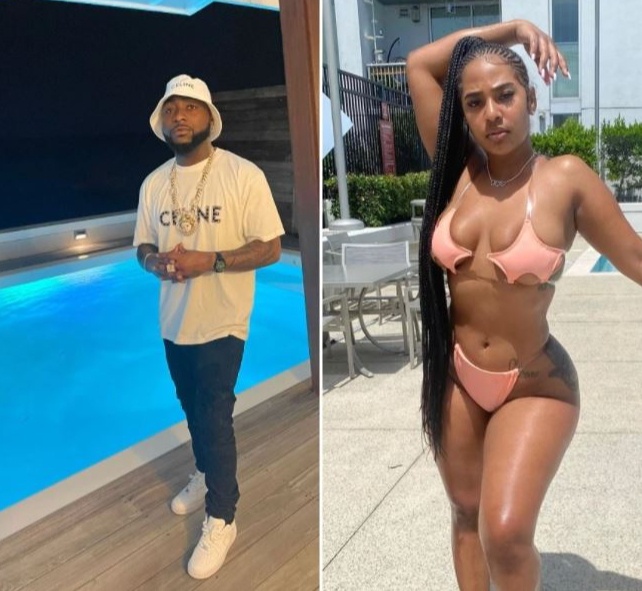 After revealing in an interview that he called off his wedding plans with Chioma because of the coronavirus pandemic, it became clear all was not exactly well in the ‘Assurance’ ship. Well, in Feb 2021, the music star was spotted holding hands with IG model, Mya Yafai while on vacation in the Caribbean. 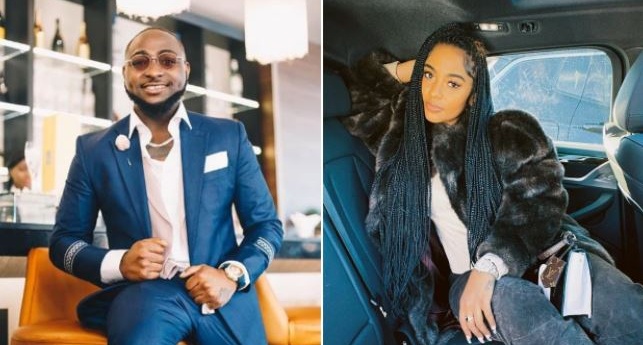 While many fans of Chioma and Davido believed the viral video with Yafai was a big mistake, little did they know that was only the icing on the cake. In March 2021, photos of the music star and the model locking lips at a party in the United States of America broke the Internet. The photos only confirmed that Davido and Chioma’s once admired relationship may have unofficially crashed.