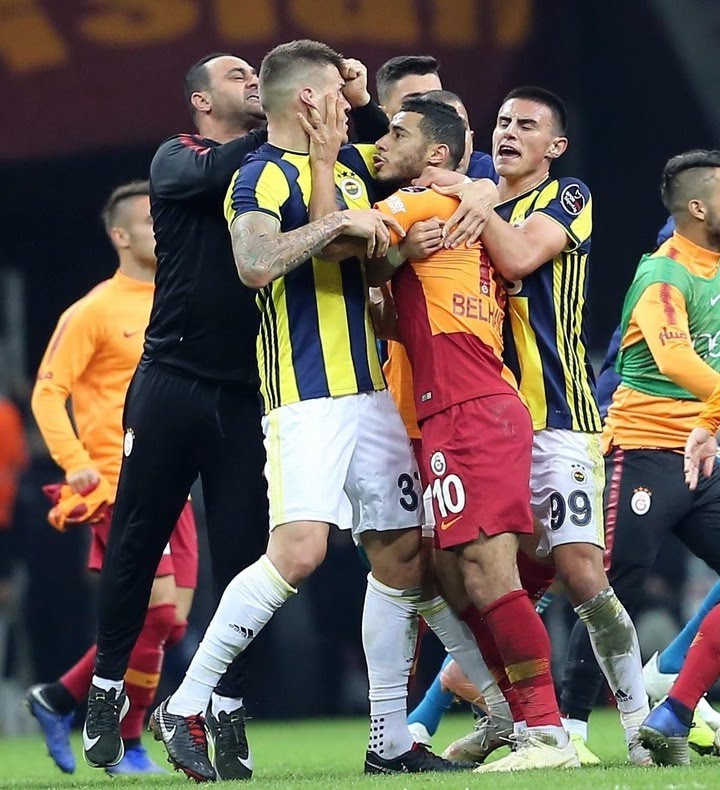 Footballers are known to be entertainers on the field of play. They entertain their fans and at times the opposition fans too.

A footballer can only be hated for his attitude during games or outside the football field. When fans refuse to show love or affections, it means the player must have done something very bad. 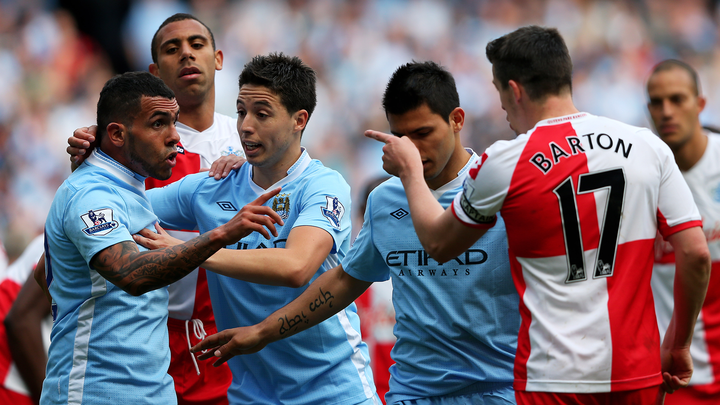 Let’s take a look at the top five most hated footballers currently playing and why they are being hated so much by the fans and also their fellow players. 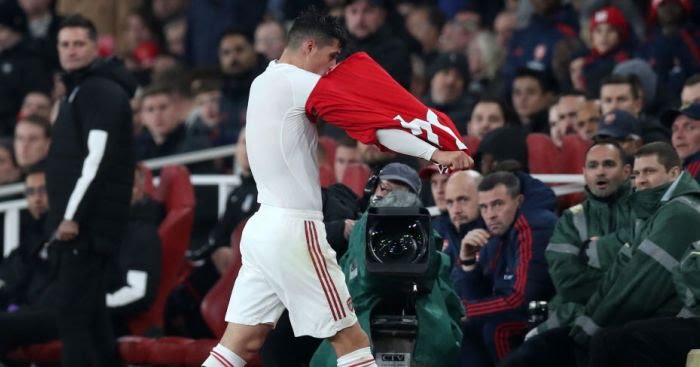 I’m sure we currently know the recent situation between the former Arsenal captain and the fans. Xhaka has always been criticized by his fans after series of poor performances. 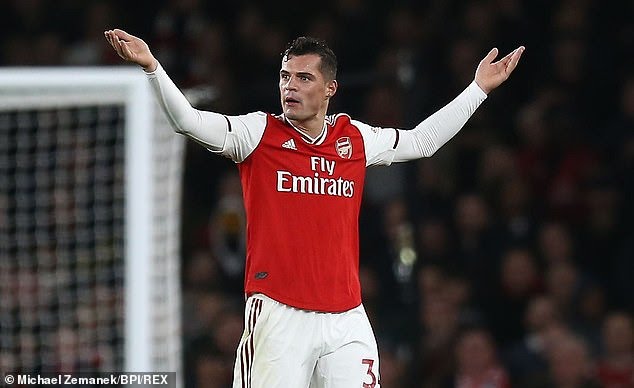 A lot of Arsenal fans weren’t impressed and had to go on his social media pages to rain curses on him and even went on to wish him and his family death. 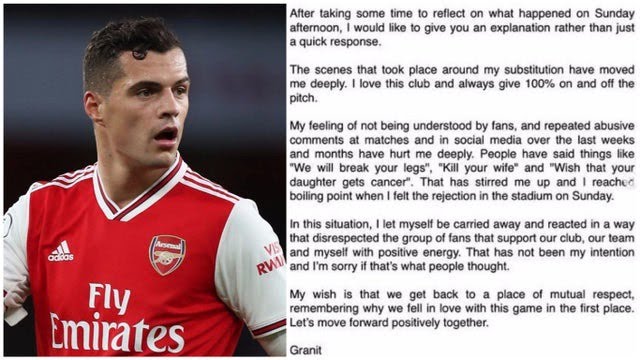 When Xhaka was announced as the club captain, it didn’t go well with the fans and other football lovers around the world criticized the decision saying he wasn’t good enough to play for Arsenal. 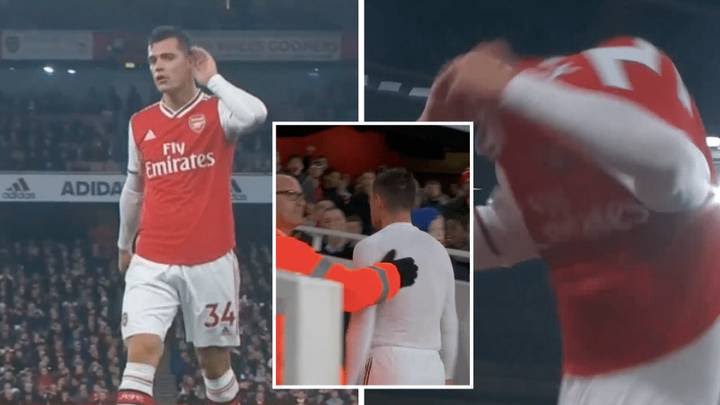 The situation got worse for Xhaka when he was booed in a premier league match against Crystal Palace, he responded with a gesture that didn’t go well with the fans and club legends. 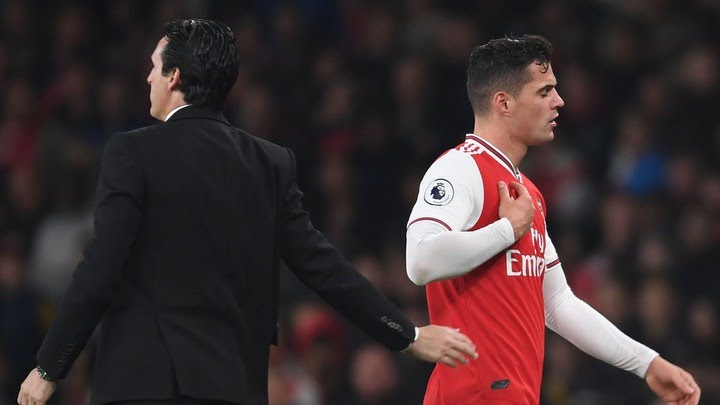 For a player to receive death threat and also curses, shows how bad he’s really hated and that doesn’t look like it’s ending anytime soon as the relationship between himself and the fans looks irreparable. 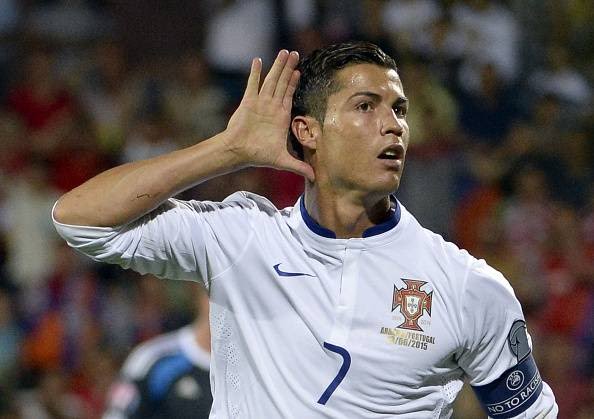 The five-time ballon d’or winner became famous after his transfer from Sporting Lisbon in Portugal to Manchester United.

His confidence and attitude to the game has brought so much accolades for him and also makes him one of the greatest footballers to ever play the round leather game. 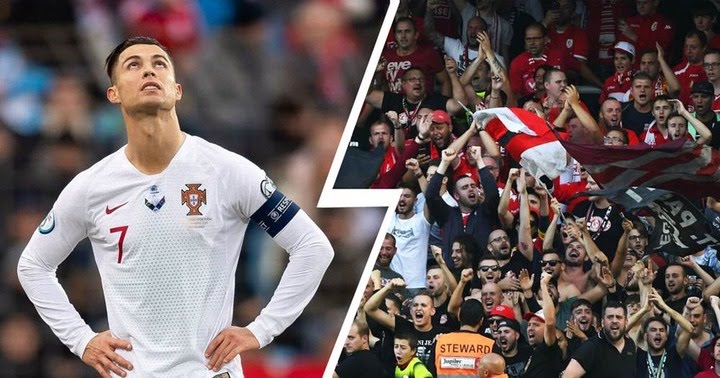 So many fans around the world see Ronaldo as a very arrogant player and one who is full of himself despite all what he has achieved. He’s always criticized, abused and also been called all sorts of names like “Penaldo”, “Tapnaldo”, “Tap in Merchant” and etc. 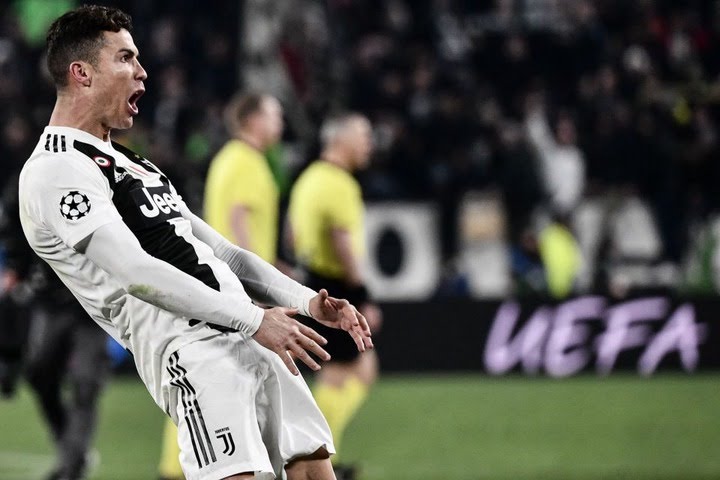 In fact, some fans go extra mile to chant his fierce rival’s name whenever he’s on the field playing. Despite the hate by football fans around the world, Ronaldo still stands strong and unshaken and will always prove doubters wrong. 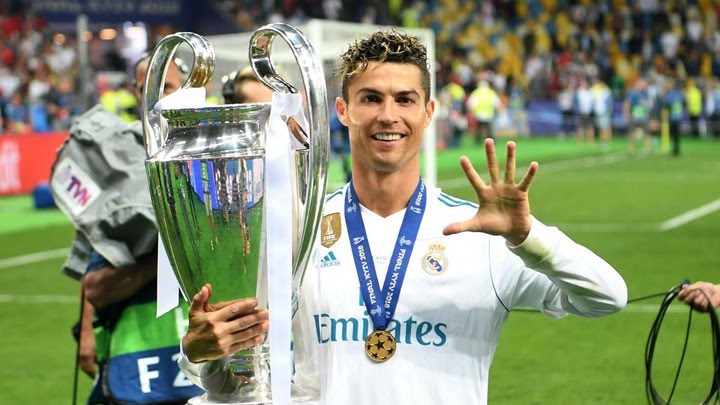 Its obvious success brings a lot of haters, so I’m not surprised he’s hated for being too good and i don’t see the hate ending till he says his final goodbyes to the round leather game. 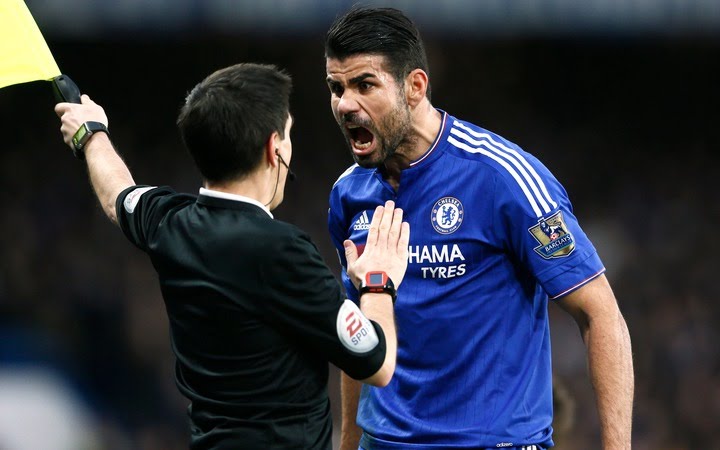 Costa is another expected name on this list because of his aggressive nature during games, his antics and how he reacts when things aren’t going well with him. 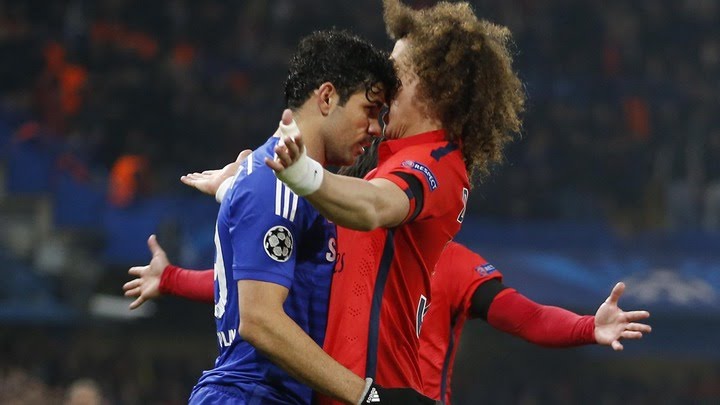 He’s a very good footballer and there’s no doubt about that, but a lot of his colleagues don’t even like him for his attitude and sees him as a betrayer. 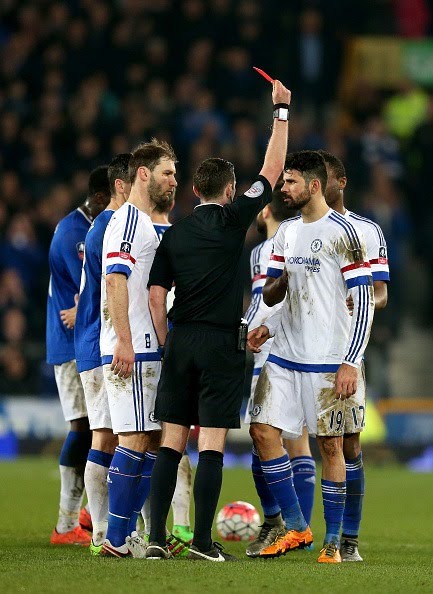 His time at Chelsea was one Costa will never forget. How his opponents complained about his antics, how he treated his coaches and also how he eventually left the club.

You would only think that Real Madrid fans are the only ones who hate him but it got worse during his time in England. 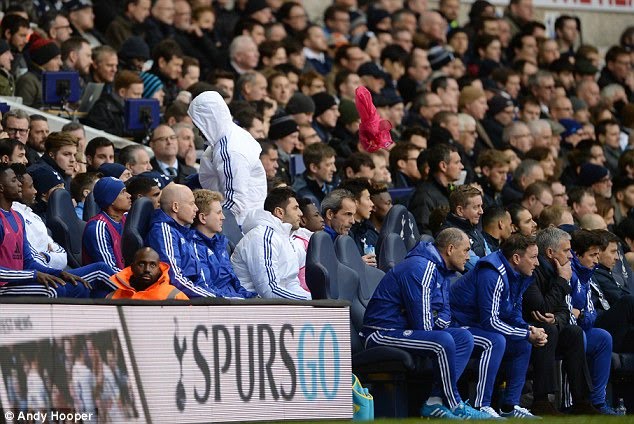 I remember him fighting with different Real Madrid players during his time in Spain and how he threw his bib at his coach Jose Mourinho when he was playing for Chelsea. 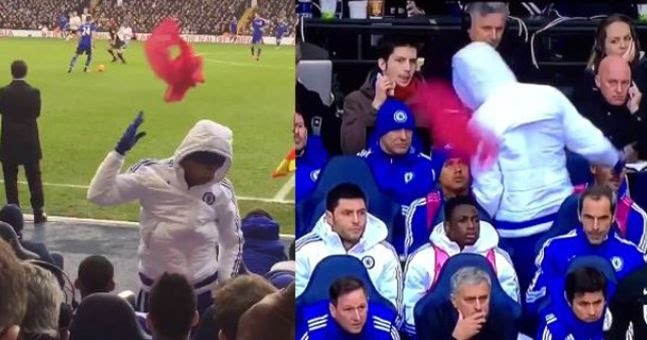 It got worse for the Spaniard when he decided not to play for Chelsea anymore after getting a text message from his coach then, Antonio Conte. A lot of fans didn’t expect the relationship to end that way after what he has achieved with the team. 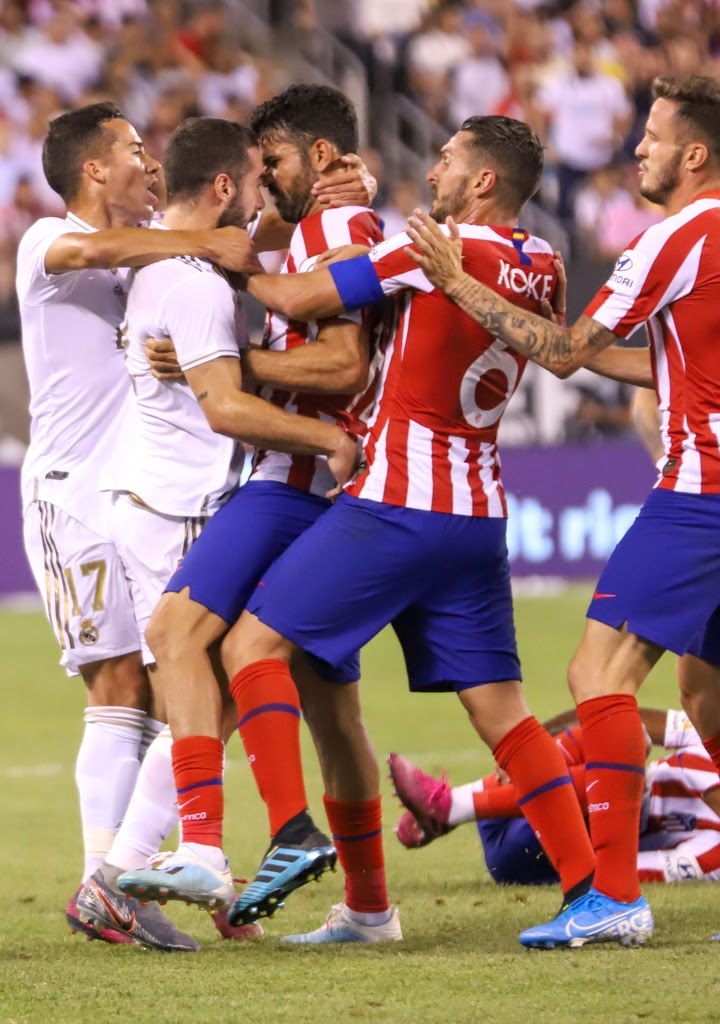 If there’s one thing that will make the fans and other footballers stop hating Costa, it has to be change of attitude. 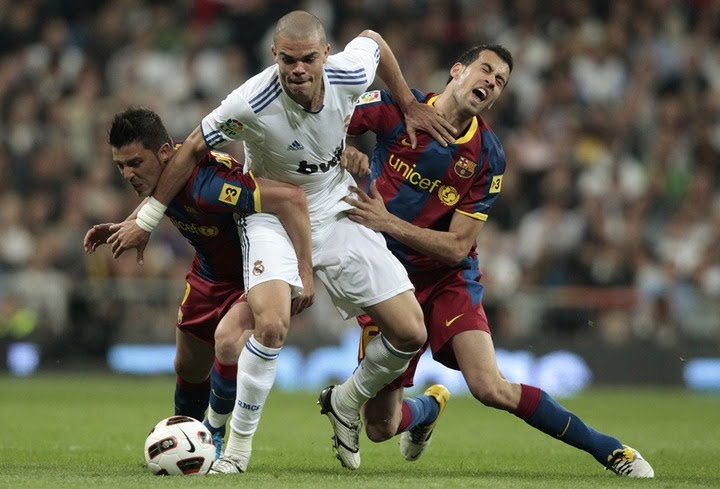 Pepe takes the number two spot as the most hated footballer in the world currently. His time in Spain was crazy, brutal, unsporting and absolutely unprofessional. 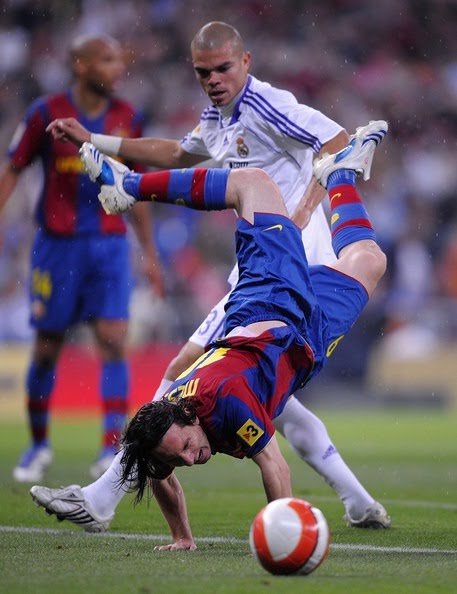 During the Popular El-Clasico games between Real Madrid and Barcelona, Pepe did some crazy things to his opponents and didn’t show any sign of being apologetic for his acts. 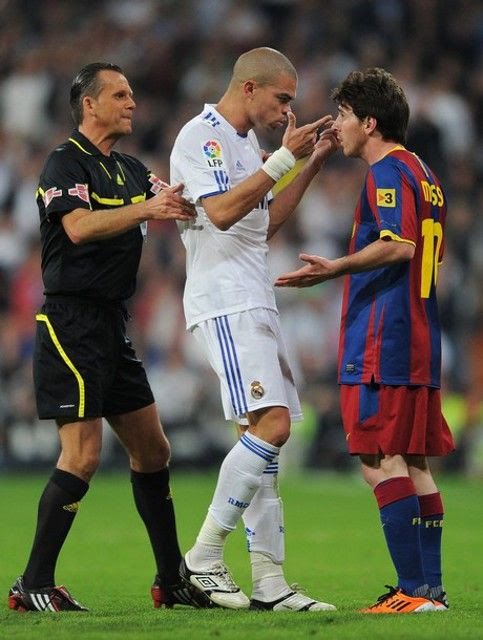 His behavior in these matches made a lot of fans around the world hate him so much especially Barcelona fans. 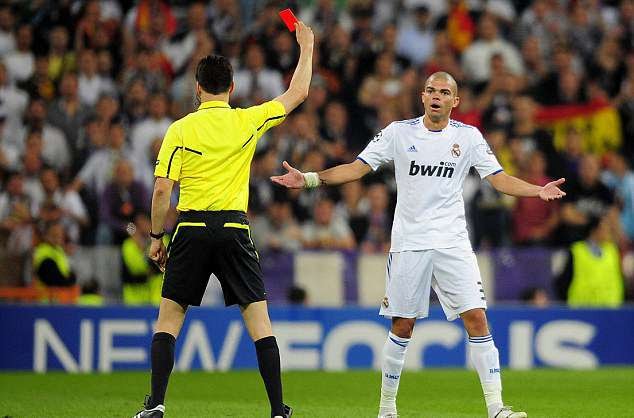 Pepe would kick the ball to the fans, kick players on the floor, fight with the opposition coach and also take things beyond football. He was a very good defender and had the qualities of a Madrid player but his attitude caused more harm than good for him. 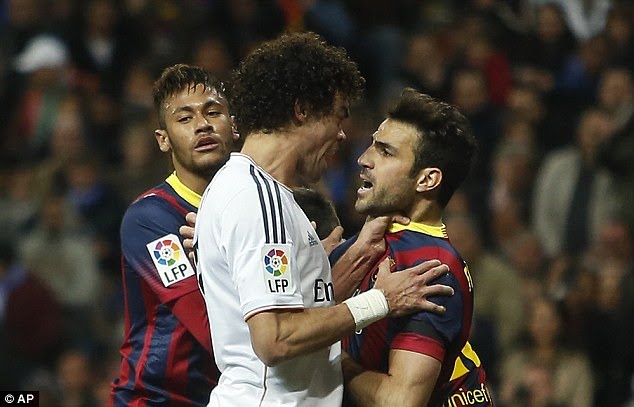 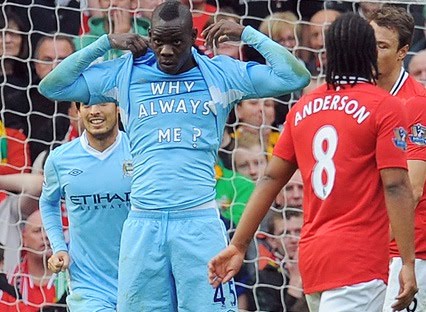 If there’s any footballer in the history of the game that’s being hated most for his attitude on and off the pitch, it has to be the one and only Super Mario. 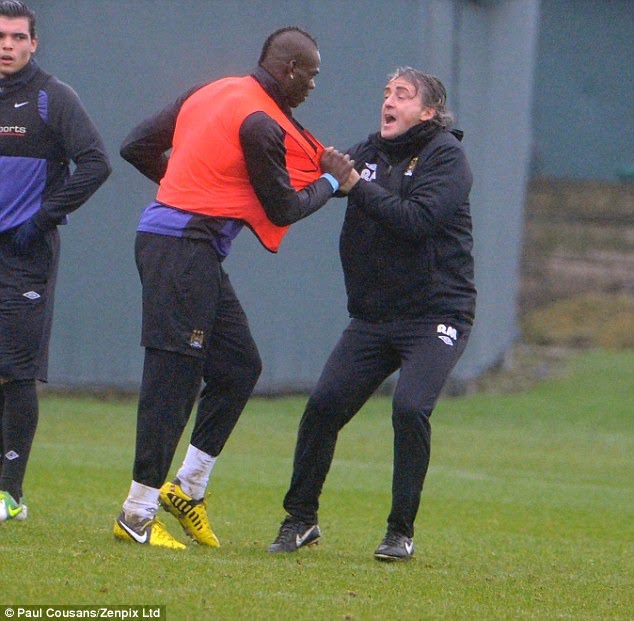 He was such a talented footballer at a very young age, many saw him as an eventual contender for best player award and saw him as a player who will be remembered for his immense talent. 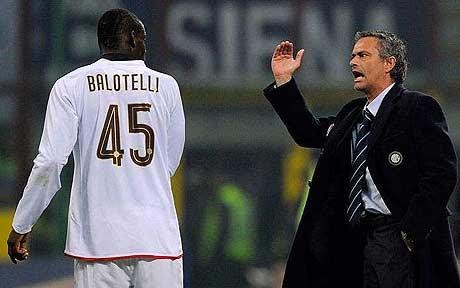 Balotelli’s attitude has brought so much harm than good for him and that’s why he’s not getting to play for any big club again in Europe. 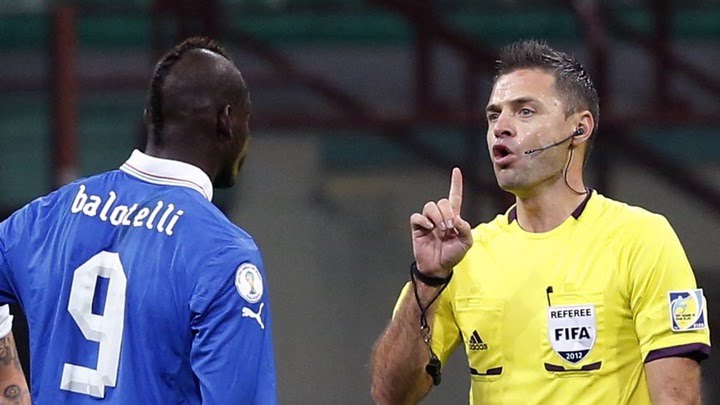 A lot of his coaches and colleagues never liked him, some of the fans criticized him for his nonchalant attitude and how bad he behaves on the field. 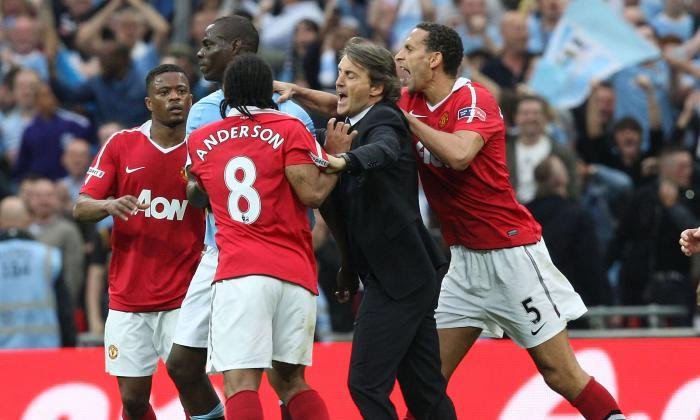 Balotelli had issues with the likes of Mourinho, Mancini and other coaches he has played under. Some of his colleagues hate him so much and most have always come out to criticize him for his behavior. 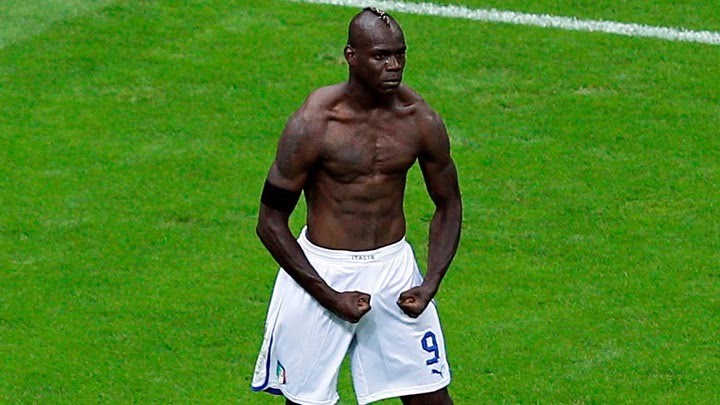 I’m sure if there’s anything Balotelli would want to change if he has the chance to go back in time, it would be his attitude. Sadly, we can’t go back in time, we can only try to control the damage that has been done.