Skip to content
Her full name is Josephine myrtle Corbin, the lady who was delivered in 1868 in Tennessee, London county with four legs.

According to her doctor, Myrtle’s extra legs were supposed to be her separate twin but it resulted from an even rarer form of conjoined twinning called ‘dipygus’, which gave her two different bodies from the waist downward. Her inner pair of legs were smaller than the outer one but they were glued together. She could move the smaller legs but was unable to use them for walking. 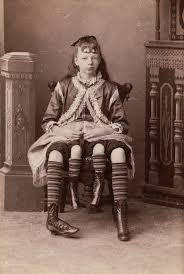 At age 19, she got married to Clinton Bicknell(a doctor) and they had a son and four daughters. It has been said that three of her children were born from one set of organs, two from the other.Myrtle died on May 6, 1928. 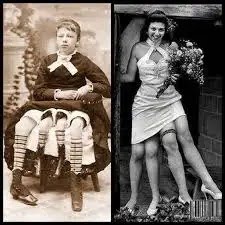 The smaller body of her twin was only fully developed from the waist down and even then it was not fully formed as ‘it’ was tiny and had only three toes on each foot. She was able to control the limbs of her sister but couldn’t use the legs for walking and she had a difficult time moving around cause of the clubbed foot. Technically, the ‘Four-Legged Woman’ only had one good, usable leg. 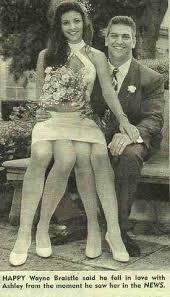 It seems that her twin sister was also fully sexually formed – Myrtle possessed two private-parts. She was a mother of 5 which included four girls and 1 boy. It has been rumored that three of her children were born from one set of organs and two from the other. Whether this is true or not; it is medically possible. 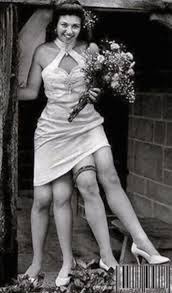 What do you think of her